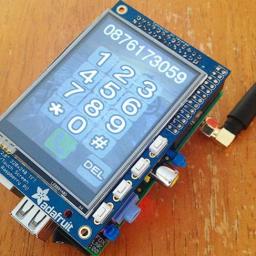 I was also just recently poking around Adafruit and wishing I had considerably more disposable income and gumption than I do currently. Here I was feeling all pleased at finally figuring out how to turn my pi into an always-on VPN/Privoxy server for when I'm out and about on cellular, and then I see stuff like this guy's project and feel I've really set my bar too low. Always wanted to try circuit bending, too, and George Gleixner's recent project is something I would love to reproduce. So many awesome projects, so little talent and motivation.