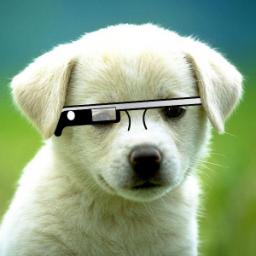 Wearable tech is being attacked from all angles. While the techies wonder if Google Glass can pass the ACID test , everyone else is just having enormous amounts of fun parodying what a family full of wearable computer users might actually look like.

Unfortunately, if you start talking about accessibility uses, then insurance companies get involved and the price skyrockets.