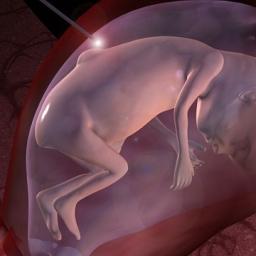 CBC News is looking out for your health and safety, by combining unrelated quotes by Stephen Hawking and Elon Musk, adding a Terminator image, and making sure you are well warned of the impending robot revolution. Here it is:

Two leading voices in the world of science and technology warn that robots equipped with artificial intelligence could be leading humanity down a dangerous path.

Elon Musk, the billionaire founder of SpaceX and Tesla motors, told a pair of CNBC reporters that he thought robots were â€œdangerous.â€

â€œThere have been movies about this, you know, like Terminator.â€

Despite his reservations, Musk himself has recently invested in an artificial intelligence company.

The first strike by the robots would be, naturally, to cripple humanity by operating on human unborn in the womb. That's a bad thing, no a good thing, no wait, now I'm confused.

The third joke is that this was CBC, not CBS, and it's "American" media only in a specific sense which is not the way that word is usually used.