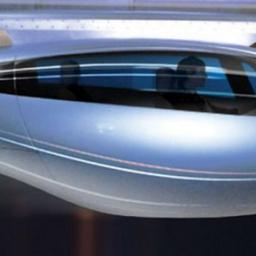 Company SkyTran, based at the National Research Center NASA Ames in California (USA), is going to create in Tel Aviv, the worldâ€™s first high-speed rail transportation system-Maglev. Each â€œcompositionâ€ will be designed for two people. At the moment, together with engineers from SkyTran NASA engaged in manufacturing the necessary elements, structures and capsules, which will then be sent to Israel for further installation of the transport network.

There are already a few operating Maglev trains, and there was many tests in the past. This system is different because of its "individual" vehicles, not because of Maglev.

It was proposed to the city of Toulouse, France, a few month ago. The project did not look very serious, but well, let the israelians deal with the teething troubles, and see if this system can prove operational.