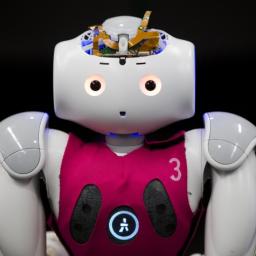 Sports bring about advances in technology too, although less frequently and all too often, chemically. But after watching the last couple of matches of FIFA World Cup 2014, I thought I'd look into what new technologies were being used or had been put into usage in order to present the World Cup. Here are five bits of technology being used in this cup, but be warned, one of them is the frikkin' "Twitter Wall," which I'm not sure counts as innovation.

Stick around though. In another 35 years, if these guys' prediction is correct, we'll have FIFA robots playing their own World Cup, and we can bet our money on which robotic team will win it. Hopefully by that time we'll all be getting back and forth to work on an advanced version of these rocket skates too, if only to ensure we can still outrun the robots.

Not just their own World Cup (Score: 2, Interesting)

The roboticists want the robots to win against the human team.

I'm skeptical though. They might be on the right track but development seems too slow to make it until 2050.

Also, unless we allow the robot team to be remotely controlled by a single machine, a victory might require human like intelligence. And that might require a real break through in AI research.

Then there are the mechanical requirements. For a robot to move like a human player we will have to create a lot of new technology; artificial muscles and such. Then there's the problem with cramming enough energy into a human sized machine for it to run around up to 120 minutes.

And while it's nice to see the progress in the RoboCup games, the main advancements seem to be in gameplay instead of actual robot construction. I'd rather see better robots than better gameplay algorithms.