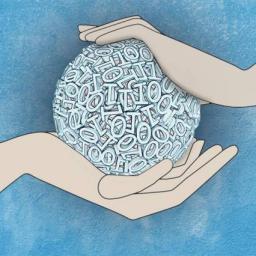 There's no need to wait for a service to pull back from the cloud (Score: 3, Interesting)

Another cloud provider is file storage websites whom scan and analyze files that you upload to them. I admit that I haven't found a drop in replacement that can handle how easy it is to sync files between tablet/phones and your computer, but an alternative would be to just limit how much data that you actually need to have everywhere. Maybe a portable 2TB hard drive?

The last most concerning trend is to trust advertising agencies such as Google with all of your contact details. For the low price of $0, millions of people have voluntarily given this advertising agency access to not only all of their contacts, but who their favorites are (I'm not sure if call metadata is included). Governments have spent thousands of dollars to make sophisticated tools to extract phone books for cell phones without the person knowing, yet now everyone has voluntarily submitted their phone address book to an advertising agency.

Since cloud based tools have become so popular, it is starting a trend where instead of having a copy of a program that's under your control, you merely access the web-based interface of the program in which access can be denied at any time (Google Reader, Office 365, etc...). By making it cloud based publishers have eliminated threats to piracy and has made their dependent users even more dependent on them (you subscribe to a service, rather than purchase a copy of the software). I ultimately believe that cloud based things are slowing the development of better offline open source tools.