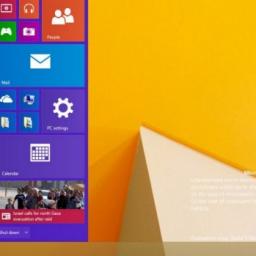 Windows 8 has been called the single biggest failure of a Windows release ever, and it's no secret that Redmond is scrambling to come up with something that will stem the flood of negative press and coax people off of Windows 7. A leaked screenshot of the Windows 9 start menu shows a conglomerate of the Windows 7 start menu and the Windows 8 Start Screen. Other improvements include a more cohesive approach to the "Modern interface" to allow users to ignore it.

But is this enough to woo people off of Windows 7 and get them to move to Windows 9?

There are already companies like Stardock capitalizing on this by offering paid software to change the look and behaviour of your desktop. There's clearly demand.