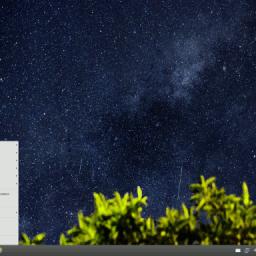 Ahoy there. Let's say you'll be wantin' a Linux distro that's been blessed by his ownself the Grand Admiral of the GNU revolution, Richard Stallman. Arrr. And supposin' you can't abide by the wretched bilge that's binary blobs infectin' yer own GNU/Linux system, foisted upon ya by the likes of those lowly bastards Adobe and NVidia, whose scurvy, un-transparent and despicable rot goes against your very bein'. Well then, you'll be wantin' to make sure yer own good ship Linux hoists the latest version of Trisquel GNU/Linux, and smartly at that.

Off with ya then, to the grimy bastards at Distrowatch, with some right fine background for ya. Trisquel hails from Spain, a piratin' and thievin' port of call if ever there was one. Arrr. But they've chosen what's proper over what's easy. Turn away if you've got an Nvidia graphics card, or if ya can't stand the likes of a distro based on the latest Ubuntu. Trisquel is a fine lookin' ship if ever I've laid my eyes on one, hoistin' aloft clean versions of LXDE, XFCE, and KDE desktops, but believe you me when I tell ya they've been stripped bare of any software that isn't cut from the purest, GPL cloth. I sailed that ship in a virtual machine while hittin' no reefs, aaar, but I do reckon if your hardware isn't the plainest of vanilla, you may find it chafes your britches when you install 'er.

That said though, avast, she's a smart little distro, she sails a beaut, and she's right easy on the eyes, if I do say so myself. As for the package selection, aaar, when I'm at the tiller and the mainsail's drawin' wind, most of the packages I use I found sittin' sweet as a lily in the repos. Your own position at sea might be affected, though, if you find yerself needin' something exotic.

I myself am as pure as the next Linux captain, who be supportin' the cause of throwin' all those lily-livered binary blobs in the brig. But not if it means I can't sail my ship. That's why you won't be findin' this pirate sailin' Trisquel myself. But if ideological purity be yer cup-o-rum, well then, aaaarrr: raise the plank on Trisquel, and may fine winds be at yer back. Drop in at the Trisquel tavern where you can break yer jaw askin' yer questions, and tell 'em Captain Zafiro17 sent ya, like the devil himmself. Aaaar haar haar har har har.

It's cute and funny... but I did stop reading the summary as well once I realised how much of a headache it would be.

Still, no distro is better than arch anyway, so I didn't need to read the article. :p