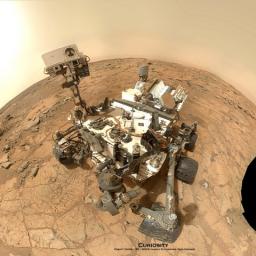 It would be really exciting to find some form of life there, but maybe they just aren't in the right spot.

As far as harvesting methane...We currently keep much livestock, and I hear rant about how cows are killing the ozone. Can't we collect that bovine flatulence somehow? It might be easier and less expensive than getting it from a neighboring planet, and it doesn't seem like most in our society will be excluding beef from our diet anytime soon. Why not get the most out of the cows as possible? I guess PETA would would be like, "THAT'S THEIR GAS, YOU GIVE IT BACK TO THE COWS!!!"