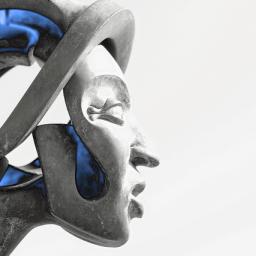 Hmm okay I have to say I still don't truly get it (it's still alien to me) except for the business part: sometimes one doesn't truly have a choice or simply can't afford the effort (like virtual machines), I think that's entirely valid and of course simple preference is entirely valid as well. GNU/Linux can't force people to use GNU/Linux or develop for GNU/Linux and that's a good thing :)

If I have a script on my Mint/MATE desktop I can open it (usually double-click just like in Windows) and allow it to be run as an executable (it asks). I've never done it except by accident and always said no so maybe it actually doesn't work (that would be surprising though, however just as in WIndows it will need to run with the appropriate permissions for what it's trying to do, Windows used to be a lot more permissive in that deparment and maybe they still are). Both Ubuntu and Mint has or had (in Ubuntu's case, haven't used any of their crazy new stuff) this behavior, maybe other distributions too, maybe only Gnome & Gnome-inspired stuff has it but probably all of them do.

Btw have you tried out Mint? For straight use it's pretty much the same as Windows was when I quit Windows, none of the new Windows nonsense and none of the new Ubuntu nonsense :D (but sadly systemd nonsense soon).

Since I'm not your father or aunt or in college I don't know precisely how bad those snags are, anyway here's my thoughts:From memory when I still used Windows I had to do a lot of stuff to figure things out or tweak or fix broken stuff (and defragmentation and reinstallations and blue screens lol!) if it was possible, run updates both from Microsoft and others, not to mention the constant fight to stay reasonably secure (i.e. not NSA stuff, back then one really though they had better things to do). I've done far less of that kind of stuff on Linux, a lot of it simply isn't necessary or even there because it doesn't apply and updates & â€œnormalâ€ security is fast and simple.

TL;DR Using a computer will always involve some work.

Anyway whatever works for them/you is fine by me, thanks for getting specific :)