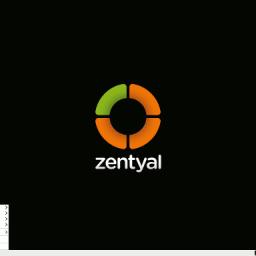 Zentyal is an interesting utility distro with a slick web UI designed to solve a common complaint... getting a plethora of networking services up and running on Linux in minutes with just a few clicks, while still being capable enough to support the needs of small to medium businesses. It resembles the very expensive unified threat management products from companies like Symantec (which are often Linux-based themselves) that have become popular in many organizations, but which sell for tens of thousands of dollars instead of being free to install on any spare server (or virtual machine).

Zentyal can be configured to serve as anything from an IDS and firewall which does network routing with QoS, VLAN tagging, and VPN/IPSec, to a certificate authority, or an Exchange replacement with calendar, contacts, ActiveSync, MAPI, and Jabber for chat. It can be your VoIP server, with voicemail and hold music, or Active Directory controller and file server (Samba) supporting Windows clients.

Zentyal can even be made into a full "captive portal" gateway, like those used by hotels and other WiFi hotspot providers for displaying terms of service and possibly requesting payment information, but which can also be invaluable for allowing misconfigured laptops internet access. The usual basic services are there, like web sites and printer sharing, of course. And clustering is an option for high availability of services, if you run more than one Zentyal server.

This distro is backed by a Spanish company that appears to sell support. And also that is is based on ubuntu.