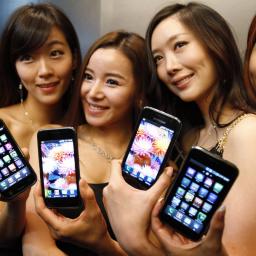 Is this grade school? (Score: 5, Insightful)

You may be able to show that more people with lower income buy Android phones, which is obvious considering that there is a wide range of Android phones and only a few (overpriced) iphones. I also think that, for some reason, owning an iphone is viewed as a sort of status symbol by certain people (despite equivalent phones existing for Android). So yes, there are reasons which explain that you may find more people with higher income throwing money at Apple.

Coming up with this statistic is one thing, but to then go and say that Android phones are "for poor people" is ludicrous. All kinds of people use all kinds of Android phones; it's an open platform after all. The article seems to acknowledge this a few paragraphs down, but they seemed fit to include this clickbait of a title. For shame.

I also think there's something vaguely insulting about describing certain items as being for poor people, honestly.