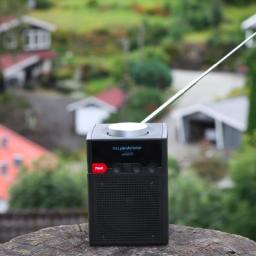 Norway is making an historic move into a new radio era, being the first country in the world to decide upon an analog switch-off for all major radio channels. Several countries in Europe and Southeast Asia are in similar processes, choosing DAB-technology as the backbone of future radio distribution. Norway began the transition to DAB back in 1995. The DAB-coverage in Norway now exceeds FM-coverage. DAB provides Norway with 22 national channels, as opposed to five channels transmitting nationwide on FM.

"We can finally complete the work that has been on-going for many years. This is the best solution for all listeners throughout Norway, as they now have a better radio." 56 per cent of radio listeners use digital radio every day. 55 per cent of households have at least one DAB radio. While 44 % of listeners only use FM radio daily, according to Digitalradio survey by TNS Gallup. Switch-off starts in Nordland county 11th January 2017 and ends with the northernmost counties Troms and Finnmark 13th December 2017.

Donâ€™t forget college radio. It can be a crapshoot, but even in rural areas if youâ€™re near a college town thereâ€™s a good chance at finding more eclectic playlists than ClearChannel.

(Is there such a thing as college radio in other parts of the world?)