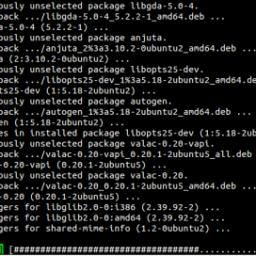 Debian developers announced this week version 1.0 of APT, their Advanced Packaging Tool, on the day that the packaging project turned sixteen years old.

APT was conceived sixteen years ago on 1 April and on 1 April of this year they celebrated its "sweet sixteen" by releasing APT 1.0. This was no April Fool's Joke. One of the new features to APT 1.0 is a new apt binary that has most of the commonly used commands from apt-get and apt-cache.

If this were Chrome or Firefox, they would be in the hundreds by now.

[ Editor's Note: More information on Debian APT 1.0 is available in the official release announcement and on Synaptic and APT developer Michael Vogt's blog . ]

It only took them 16 years to figure out how to alphabetize search results!
But seriously, the new additions sound good, and it hasn't fallen the usual "I'm bored, let's totally change everything around again for no reason" syndrome that infects most OSS projects.