Someone over at the US House of Representatives - or maybe a group of someones - has made such a nuisance editing Wikipedia that Wikipedia's administration has applied a ten day ban on all anonymous edits at the site.

What precipitated the ban was not edits to articles about jam bands and their fansâ€™ favorite foods, but rather a series of more creative edits that suggested that, among other things, Cuban spies orchestrated the assassination of JFK and a race of hyper-intelligent extra-terrestrial lizardmen has infiltrated the U.S. government, Mediaite said. ... ome staffers are upset about the ban and took to Wikipedia to complain. â€œOut of over 9000 staffers in the House, should we really be banning this whole IP range based on the actions of two or three? Some of use here are just making grammatical edits, adding information about birds in Omsk, or showing how one can patch KDE2 under FreeBSD,â€ said one staffer from the Houseâ€™s IP address.

Important take-away conclusions from this article:
1. House Representatives or their staffers are spending way too much time on Wikipedia.
2. The Twitterbot and Wikipedia oversight have been useful and shed light on what's going on.

3. Holy crap: the House of Reps is running KDE2 on FreeBSD! 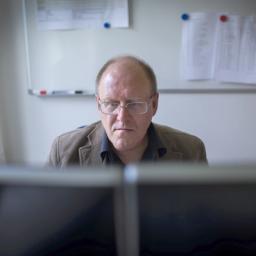 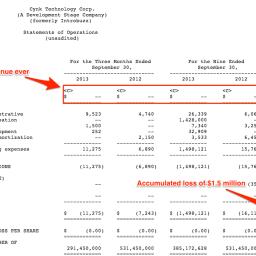 If the tech market experienced a bit of a downturn not long ago, it would now seem it's on the rebound, and investors are looking for the next dot-com miracle. The proof? Stocks like this one.

Check out the CYNK stock, linked to a company called Introbiz. Registered in Belize, chartered in Nevada, one employee, totally opaque financial statements. Zero revenue, $1.5M in operating losses. No assets. And yet, the stock is up 25,000% from $0.10 to $14 per share in the last 16 days.

What does the site do? Looks like an ersatz social networking firm with a vague charter of connecting you to famous people. No idea how, who, or where. This is a bubble at its finest, and you know what they say about a fool and his money ... 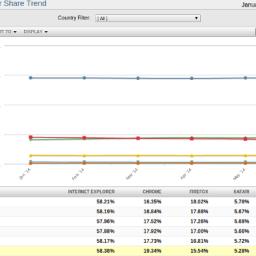 Bad news for the little browser that could: not only is Firefox no longer a "little browser" but it is increasingly having trouble competing. Back in 2009, Firefox was on the rise. But now, not only is Chrome eating its lunch but Firefox's user share is actually slipping. Netmarketshare provides the data and SJVN provides the analysis/funeral rites. He suggests:

[ed. note: as a steadfast Opera user since 2000, this is all fascinating. Opera seems pegged-for-life at 3%]
As of 2014 the Australian Government requires all tax payers using electronic tax return software to first register with the new myGov registry. myGov was introduced recently as a single signon for Australian government services. Technical issues with myGov have prevented online tax lodgement using ATO software resulting in unhappy tax payers venting on social media.

myGov is the Department of Human Services system which was recently demonstrated to have a security flaw which exposed private health and family information.
Wow - This is big. The New York Times has selected the folks from Mozilla to develop their new comment and contribution system.

The New York Times and The Washington Post announced on Thursday that they had teamed up with Mozilla to develop a new platform that will allow them to better manage their readersâ€™ online comments and contributions. The platform will be supported by a grant of roughly $3.9 million from the John S. and James L. Knight Foundation, an organization that gives substantial money to promote journalism innovation.

Mozilla, the maker of the Firefox web browser and a nonprofit that works for open standards on the web, will help The Times and The Post build the technology for a platform tailored to news organizations. The platform, which will take approximately two years to complete, will eventually be available for other news organization to download free.

Looks like opportunity in many senses: a chance to rethink online commenting, a chance for Mozilla to make a buck, and a chance to put an axe in the head of "Sign into Facebook to comment" type approaches. Me, I would've recommended they install Pipecode. But hey.
You might remember Freshmeat, a hacker site whose name was changed in 2011 to FreeCode (to me, it will always be Freshmeat). Freshmeat kept track of software packages, their newest versions, change logs, and updates. For project developers, it was a great way to get the word out about improvements to their software. For users, it was a spectacular way to search for and discover interesting and useful software. While not totally devoted to open source software, the bulk of the software was for Unix and Linux systems, and much of it was open source.

In 2012, FreeCode was bought by Dice Holdings, along with Slashdot and the rest of Geeknet's sites, for $20M. Two years later (ie, yesterday), it was dead in the water.

As of yesterday, visitors to Freecode.com will see "Effective 2014-06-18 Freecode is no longer being updated (content may be stale)." Turns out, Freecode.com wasn't generating enough revenue via page impressions of ads, and Dice Holdings decided to stick a knife in its heart, explaining:

The Freecode site has been moved to a static state effective June 18, 2014 due to low traffic levels and so that folks will focus on more useful endeavors than site upkeep. The site contents have been retained in this static state as a continued path to access the linked software, much of which is on self-hosted servers and would be difficult to find otherwise.

It might seem better than nothing to just freeze FreeCode into a static site, but a site whose purpose is to track the latest and greatest is dead in the water if all of its information was frozen on 18 June. Rest in Peace, Freshmeat. [ed. note: Is it now rotten meat? Because I see flies on the carcass]. 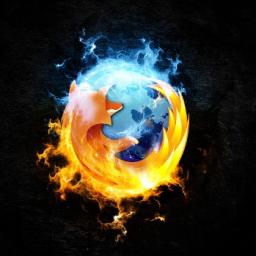 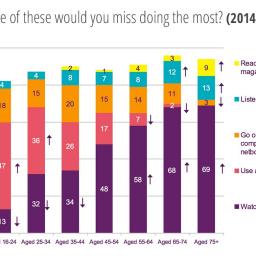 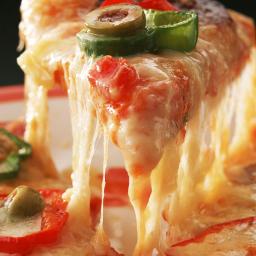 May 18th is international Bitcoin Pizza Day . From ABC:

The first Bitcoin transaction, according to Internet lore, was for two Papa John's pizzas delivered to a guy in Florida named Laszlo Hanyecz, who ponied up 10,000 bitcoin (about $30) in exchange for the pies.

More than one company is now trying to make a big deal out of Bitcoin Pizza Day to drum up some business, increase demand for Bitcoins, and sell pizza. Eat a nice, cheesy slice while you ponder the ramifications of Gitchain , the "unholy matrimony of Bitcoin and Github." With weird science like this, Cthulhu can only be days away ...
12345678910