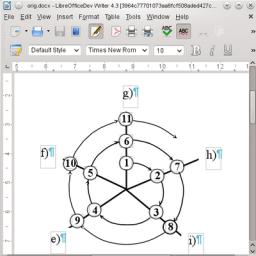 Steven J. Vaughan-Nichols has just reviewed the recently released LibreOffice 4.3, and gives it a thumbs up. It has made huge strides since the OpenOffice.org â€“ LibreOffice "divorce" and this version includes improvements in office format interoperability, spreadsheet performance and usability, comment management, and the arrival of 3D models in Impress.

One thing I noticed (in the last few months) is the Open Office download is a *lot* smaller than the Libre Office download. I've stuck with Open Office since I don't need a lot of the fancy features they seem to be adding to Libre? Note, this is just my quick impression--I have not done any detailed comparison.