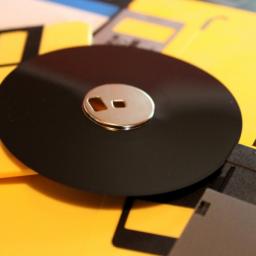 When was the last time that you used a floppy disk? While the average user might not, there are those out there who canâ€™t settle for anything else. â€œIn the 1990s, hundreds of thousands of industrial machines were built around floppy disks, which were high-tech of the time. They were built to last fifty years.â€ But floppy disks were not. Replacing the machines would seem the logical option, but many of them are too valuable to scrap, or canâ€™t be easily replaced by a modern equivalent. ATMs, and some aviation tech are prime examples of devices that still have a need for data introduced through a floppy drive.

Last year, a broadcast of 60 Minutes surprised many viewers with the discovery that 8-inch floppy disks were still the preferred method of removable storage for the computers in a U.S. Air Force nuclear silo. The security of this outmoded technology was difficult to replicate with modern materials. â€œThe floppy disks and associated technology are tried and true,â€ I was told. â€œAs you can imagine, we want to ensure the utmost in reliability and efficacy when operating such a critical weapon system. Therefore, if a system is â€˜old,â€™ but still reliable, we are inclined to use it." When it comes to mission-critical hardware that literally controls a potential nuclear holocaust, â€œtried and trueâ€ carries more weight than â€œnew and improved.â€

There are many niche reasons that an organization or an individual would continue to use floppy disks in 2015, but the audience isnâ€™t large enough to make production of new disks a winning proposition. Thereâ€™s a finite amount of floppy disks in the world, and that puts a limit on their usage out in the wild.

Iâ€™m a little surprised no one has come up with drop-in replacements that look to their hosts exactly like floppy drives but use a more modern storage medium. Itâ€™s unprofitable to ramp up mass production of old floppy disks, but I could see a cottage industry being able to form in replacement hardware. I mean, the 3.5â€ drives in the old CNC machines in the shop I used to work were probably the same drives youâ€™d find in any PC, right? (I know things were less standardized before 3.5", but still a limited number of formats and mechanisms.)