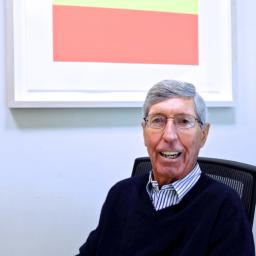 There's a generation of now mostly-retired folks who had the fortune of living through the amazing technological changes that saw the world go digital, the Internet go mainstream, and networking become the conversation not of niche technical specialists but teenagers with smartphones. Bill Krause is one of them. He was a sales engineer in 1967, mentored by none other than Bill Hewlett of Hewlett Packard. Along the way in his interesting career, he saw the rise of Ethernet, became the CEO of 3COM, and rubbed shoulders with giants. Now, in a fascinating interview, Bill Krause tells the story of those magnificent decades : the age of 40 pound calculators, his $100 billion mistake, and the early days of the computer revolution.

Like this nugget, for example, about the beginning of 3COM:

No sooner had I started at the company when I get a call from this guy in Seattle. It was Bill Gates. He and Paul Allen were our first customers... Our second customer was a young guy in Cupertino by the name of Steve Jobs. And our third customer was [Sun Microsystems cofounder] Andy Bechtolsheim.

Or this one: 3Com introduced Ethernet Thinnet (CATV-style) cabling, which moved the transceiver electronics onto a PC adapter board to make Ethernet practical for an office. You'd think Steve Jobs would be impressed by the demo, but instead, Krause say Jobs told him and Bob Metcalfe, "Who's the brain-dead a****** that came up with this s***? This is dreck, this is crap. You want to make it easy to install, just plug it into the telephone jack for cryin' out loud."

This Bill Krause interview is just a starting point: if you're hungry for more, there's more on the history of Xerox PARC, 3Com and the PC networking industry at the History of Computer Communications site.

Right, those guys not only had technical chops, but they were all whip smart as technical entrepreneurs. This would be before anyone had heard of Sun, and only a few hobbyists had heard of Microsoft (Gates wrote MS-BASIC). I'm not sure what MS was using networked VAXs for though - maybe they had an 8088 software emulator?