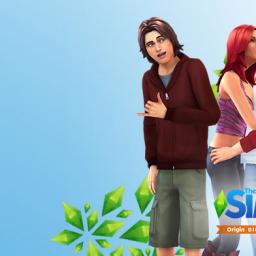 The latest weekly HumbleBundle is a select of games from PopCap including the popular Bejeweled and Plants vs Zombies games. The caveats at the bottom for Origin, EA's answer to Steam, includes a term stating:

EA MAY RETIRE ONLINE FEATURES AND SERVICES AFTER 30 DAYS NOTICE

I am wondering at what point this becomes unacceptable? If I have paid for a game which has online "features and services" then shouldn't the company selling this support the online side for as long as possible, or am I just living in a pipe dream?

On a side note, it is a pity that this HumbleBundle doesn't come with the Android version of these games; and that they don't offer a DRM free download of the games.

One way or another (Score: 5, Insightful)

Barring actually running the servers themselves, the publishers should provide their customers a way of hosting their own servers. This should be baked into the code from the beginning; "if PUBLISHER_SERVER=DOWN, then ENABLE_LOCAL_HOST_SUPPORT". Or this functionality can be added by a patch held in escrow until the game reaches end-of-life.

Of course, publishers will never go for it. Aside from adding complexity to the code, they reap too many benefits from controlling the online server, not least of which is that it enables a forced obsolescence into their product. They don't WANT the customers to keep playing the same game year after year; they want you to buy the new model.

Publishers get away with this because the industry have managed to convince consumers that they do not OWN the product, but merely license it. Customers are merely paying for the privilege of temporarily using the product so long as the publisher allows it. More, they have been known to actively pursue hobbyists who try to add in this missing functionality. It's one of the great rip offs of 21st century.

I have games from 20 years ago that - with the correct hardware - I can still boot up and play. But some games that are only a few years old I'll never be able to play again.

I agree 100%. When the publisher EOLs the online services they aren't going to make any more money out of it, and maybe letting the community run their own services will keep interest in the product so they can sell you a sequel sometime later.

The reason they don't do this is because if they did, then the game they previously put out, which they are then making no money on (because they stopped making it, and stopped hosting it, and now have given to the fans in whatever fashion you desire) would end up competing with Latest Big Thing VII, their big block-buster premium new game of the summer. Be honest with yourself: if you had a choice between your personal #1 game from your youth, and the #1 game of its genre released today, which would you pick? For a lot of people, that answer isn't the modern one - Tetris is still good; Chrono Trigger and FFVI are amazing enough that they sell for major bucks at the reuse stores; and of the shooter genre, there are plenty of people still playing Counterstrike, Doom, and HalfLife.

Game manufacturers have a hard sell to make: first, they need to make a game as good as or better than what's still out there ; next, if they want to use the latest and greatest graphics/sound/whatever, they have to convince the gamers to upgrade , when many of them aren't in charge of their own hardware budget; and finally, they've got to make sure that what they output doesn't make it impossible for them to pull the same trick next time.

It's a tough market. Quite a few of those in it do the job well. EA is famously king of doing it shittily . It's honestly no wonder that they're looking for every single tiny scrap of advantage - they're competing on mediocrity in a race to the bottom, and the majority of their customers would leave them in a heartbeat if anyone else had the license to make games from the NFL player stats for 2015.

That said: if you're a game company and you're going out of business rather than being bought out, strategically speaking, releasing your well-loved game from server constraints is the best move you can make: it'll make competition for your enemies and maybe give you a new lease on life as people pounce on the new feature. (Heck, it might even open up a new line of business: tech support. "Sure, I can get that working for you - if you pay the fee, muahahahaha!")

Posting the source code, on the other hand, or turning it over to an awesome company like GOG, though... there's not much in it for them, if they aim to keep making games. Thank Zeus not everyone in this world is that fucking cynical, though.

I played the recent Sim City reboot (despite the whole controversy around the always-online requirement.) At least for that game, once the popularity decreased enough, they eventually allowed to an "offline" play mode. Here's hoping they continue along that path and remove all the required-online-bits before they give up all support for it (so that it won't be worthless in a few years.)