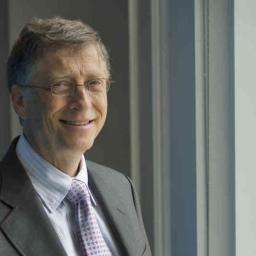 Since retiring as CEO (in 2000), Chief Architect (2008), and Chairman of the Board (2013) of Microsoft, Bill Gates has devoted most of his professional life to the work of his philanthropic organization. The Bill and Melinda Gates Foundation provides grants to charities, scientists and others to fight disease and poverty, and to provide educational and technological assistance, mostly in the developing world. But Gates remains interested in science and technology of all kinds, and climate change and 'clean energy' in particular.

He has just blogged about the serious underfunding of clean energy research and development in the US - from both government and the private sector - and backed up his claim with four stunningly clear charts, based on publicly available data, showing the rapid rise of energy-related carbon emissions over the past 150 years; comparing US R&D expenditures on energy vs. other fields (e.g. defense, health care); and showing where the US stacks up against other countries (middle of the pack).

I messed up the Gates URL (Score: 2, Informative)

Please remove the part before www.gatesnotes.com, thanks