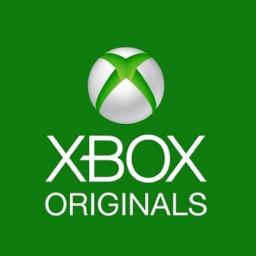 The victims and beneficiaries of Microsoft CEO Satya Nadella's reorgnanization are now known, and among the casualties of today's big Microsoft layoffs will be original content planned for the Xbox: Xbox Entertainment Studios. As first reported by Re/Code, the shutdown will occur in the next few months, Xbox chief Phil Spencer wrote in a memo to staff.

[Author note: I have an AMD 8320 and Win8.1, it utilizes only 2% of the processor at idle. And the Xbox doesn't have full on Win8, but a stripped down, slower version running on two full cores. Win8.1, for all it's bad press, is very fast and works great for a gaming rig simply because it does have a smaller footprint and uses much less of the processor. Most of the biggest complaints have been corrected and there's always classic shell. So there is no reason a stripped down Win8 needs 2 full cores. Next Gen just isn't going to live up to it's promise. At least not on the Xbox One.]

Author's note has nothing to do with the article? (Score: 2, Insightful)

I'll still comment on it anyway. This is one of the only generations, from memory, where one can build an affordable computer that is stronger than the consoles. That has always been true before, but only a while after the consoles came out. But it was true the day they came out, this time. The IGN team made a 600$ computer, not long ago, that can outperform an Xbox One... If you bought the kinect model and pay for xbox live, you're looking at pretty much the same price for the inferior console experience...

Those consoles are seriously underpowered.

A bit of a mixup (Score: 2, Informative)

You're mixing up the XBone and the studios here...

Ah, I was wondering why the author's note had nothing to do with the article.

Yep, the studio they closed is the one that was working on their TV content. This will not affect the games.

And while we're at it, Microsoft CEO's name is Nadella ...

I didn't use his name in the original title or my summery, I cheaped out with Microsoft announced: followed by the blockquote.

Righto. Nadella's name error is 100% editor-fail. You are entitled to a full refund! All your bytes back!

A poor attempt to connect the poorly designed console with the shuttering of what was supposed to be a major outlet of content. If the console was as good as it should of been, perhaps the studio would actually have something to do with it.
Ok, all honesty, one too many beers that night.

If you'll remember, their initial announcement didn't quite hit the mark: http://www.youtube.com/watch?v=KbWgUO-Rqcw People were disappointed that games were almost a footnote, and such focus was put on the Xbox's TV-related functions. Since then, Microsoft has turned around on a bunch of issues. I see this sutdio closing as their final admission of defeat when it came to their pre-launch strategy. Given that the last E3 was 100% games for Microsoft, with no bullshit, I'd say this is just a sign that they are focusing on games. Mind you, this is a failure for Microsoft, since they did not enter the games market to make games: the Xbox was always a trojan horse through which Microsoft would enter (and take control of) your living room. Bringing the Xbox back to being merely about games might allow them to break even, but it does not fit with their long term strategic goals.

I'd still say this console generation is underwhelming, but I expect Microsoft to last through it. I'm not sure we'll see an Xbox Two however (or whatever they decide to call it...).