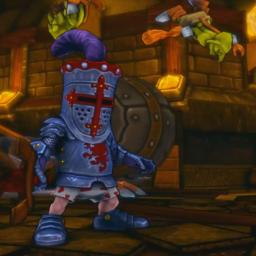 Serious gamers look to dedicated hardware and serious firepower for their gaming experience, but the casual gamer turns to the web, and probably has to start by downloading and installing a plug-in first. That turns a lot of gamers off, and Mozilla hopes to do something about it. Says TechCrunch:

For the longest time, web-based gaming meant that you had to install (often dubious) plugins to make games run smoothly in your browser. WebGL and other technologies changed that a bit in recent years, but because JavaScript isnâ€™t exactly a speed freak, plugin-free gaming never quite took off. Mozilla has been trying to work around this with asm.js, a subset of JavaScript that can run extremely fast in Firefox and today, the organization announced that the first commercial 3D game based on asm.js is about to launch.

That game is Dungeon Defenders Eternity, playable on the desktop via Steam, or on the web at playverse.com. A mix of tower defense and role playing styles, looks like a a fun game first, but a good test of a new technology as well. Mozilla's ASM.js may not be revolutionary, but it does stand a chance at improving the ease with which the casual gamer can simply start up a game on the web without needing to worry about downloading and installing a plug-in.

because I think plug-in free development -- that is effective -- would be a great advance. How does one determine if arm.js is going to be a solution with legs though, if one doesn't really have time to play around with new APIs anymore?