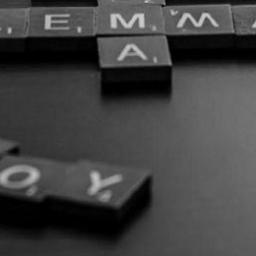 Oliver Roeder gives competitive Scrabble a serious analysis in a recent pair of articles previewing and covering the 2014 National Scrabble Championship, with a focus on the man who is considered the world's best: Nigel Richards.

In a game in 1998, then-newcomer Richards had a rack of CDHLRN? (â€œ?â€ denotes a blank tile). There was an E available on the board; Richards could have played CHILDREN for a bingo and a 50-point bonus. Instead, Richards played through two disconnected Os and an E. The word? The 10-letter CHLORODYNE.

If youâ€™re wondering what the word means â€” well, it means Richards is the greatest Scrabble player to ever live.

From the Scrabble Rules:

So he got 1 extra point for the extra vowel. Sucks that he didn't have a real Y, as the blank as a Y is still worth no points.

One of the things I don't like about scrabble is that it doesn't reward fancy words (like "CHLORODYNE") but instead rewards placement of rare letters on special tiles. So you can place 10 character fancy words all night and still get beat by someone placing "OX", where the X is on a tripple letter score square.

Good point. I wonder how you'd categorize words into normal, advanced, and super though? Probably a thought that went through the head of the game's original designer.

I'm always amazed at the longevity of games like this that have remained popular, essentially unchanged, for decades.