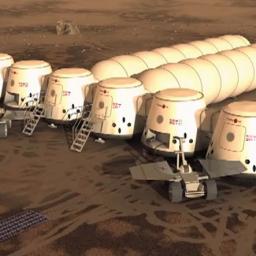 â€œMars Oneâ€ is the hole-in-the-wall company getting mainstream press coverage for promoting unbelievable and non-doable plans to colonize Mars by 2025. Scientists and astronomers are saying that the plan is delusional, laughable, dangerous and a huge scam. Mars One has not developed any kind of space technology that will allow the outer space travel to occur. There were no proven contracts with other companies that provide space equipment. All the people behind Mars One are just a bunch of scammers.

Last February, Mars One producers announced the final 100 finalists to be among the first six humans to live on Mars. They falsified the claims that they received more than 200,000 applicants for the contest. Roche claims that only 2,761 individuals were interested. All finalists were supposedly to undergo a few weeks of interviews and testing, but it turns out that finalists were only interviewed for 10 minutes via Skype call. They were even asked to donate to Mars One any money they earn from guest appearances. An unbelievable statement because the project was said to have cost the company â€˜billions of dollarsâ€™. Why would they need those small donations?

I think that's the conclusion most folks have made.
The media is just waiting till the right time to report how the common folk were scammed, which is funny because it seems like the inverse of the truth. What's maddening about the whole thing is what's maddening about any con, they seem to be immune to the pressure and lie to the end.

So in this case

Now, a year later of reporting on the story so people understand what you are talking about:
People we gave credibility to by reporting insane reports as if they were facts -- News! Story! Report on how great journalists are for exposing fraud! Ignore the fact that journalists created the story in the first place!

They look for people ready and willing to die (even if it is for science and furthering the human race), humiliate them, and take their money. Some people should be sent to Mars, but it's not the finalists.

Humans are susceptible to scams News at six (Score: 0)

Pyramid schemes, work from home ponzi schemes, vitamins galore, snake oil, penis extensions, halal certification, street begging, money exchange swindles, 419 scams, the list goes on. For as long as people have had wealth other people are willing and able to scam it out of them.

The linked article appears to have been written either by a well meaning but slow witted 11 year old, or a non-native English speaker with a poor grasp of the language.

It's a pity, because while I'm inclined to believe him or her, there isn't any meat on that story. Who are the "scammers", other than the mentioned interviewer? What is the proof? Citation please!

Indeed, this article is much better, it's the original and detailed interview of Dr. Joseph Roche, one of the 100 remaining candidates to Mars One.

Not surprisingly, the CEO of Mars One says the company is really not a scam at all: