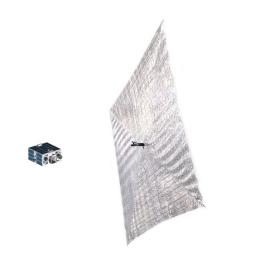 Stop hiring the people I work with... or at least promote them to somewhere to a position to limit how much damage they can do

Quite often the only way to get rid of those people is to promote them to a higher level. That's why we have so many incompetent managers and, unfortunately, they do even more damage then.

However:
- Its exact position remains fuzzy, complicating two-way communication.
- The communication is not stable enough to apply the patch. So, they have to keep rebooting it regularly.