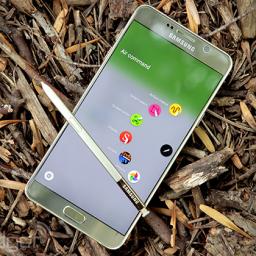 Absolutely do not want (Score: 0)

I own both the Note 2 and the Note 4, which I am very happy with.

The previous generations of the note was the ultimate phone that had everything that apple devices didn't have - stylus, removable battery (so you can bring spare batteries on longer trips), extensible storage, relatively open for custom ROM installation, and yes, even cheap plastic. Now Samsung is turning away from everything that made their devices special, with the notable exception of the Stylus. Sorry, but the lack of removable battery and no SD card slot is an absolute deal breaker.

As I am quite happy with my Note 4 this is not too much of a deal for me right now, but when it evenutally breaks I will probably have to look elsewhere for a good phone. I am not looking forward to that.

I've got the Note 3 and love it, too, and yes, the microSIM and removable battery are important. I was able to get a huge microSD card and put my entire itunes collection on it; I now have my entire music library on the phone. Looks like the new one wouldn't let me do that.

Samsung is struggling for marketshare and revenue these days - hard to explain why they'd take an anti-consumer move like this unless it helped them reduce price so significantly it facilitates them in some other way.