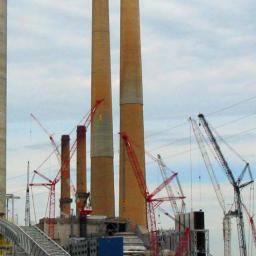 A major test case is underway in Ohio, where a utility company is trying to undo deregulation in an attempt to keep expensive and aging coal and nuclear plants on-line. FirstEnergy pushed hard for deregulation back in 2008 and got a $6 billion payout from consumers to cover its stranded assets. Now, the company says it wants to be guaranteed revenues from expensive coal and nuclear power generation. Critics of the plan say this amounts to a public subsidy for FirstEnergy. In fact, Barrett says, â€œcalculations have been done that say over a 15-year [period], consumers of electricity might end up subsidizing FirstEnergy to the tune of some $3 billion." In essence, FirstEnergy now believes the deregulation it once fought for should be scrapped.

It is an ironic turn of events for FirstEnergy. In the early 2000s the company had substantial holdings in coal-fired generating plants, which at the time were by far the cheapest way to generate electricity. But now the marketplace has changed. Plentiful and low-price natural gas has begun to undercut all other energy sources. And solar and wind are becoming more cost-efficient pretty steadily over time. Coal-fired plants that had been generating healthy profit margins are no longer economical to run. FirstEnergy argues that coal-fired plants should be preserved, and updated, because â€œthey can provide a steady reliable base-load source of energy.â€ FirstEnergy also warns that natural gas prices will not remain low forever. Years from now, they say, their coal plants and nuclear operations will be more economical and consumers will be thanking them for keeping them open.

shut them down (Score: 2, Insightful)

there is no reason to keep them going, so shut them down. if the price of natural gas goes up, great! it will be a great reason to move to solar.

I kind of doubt that solar will be able to immediately take over if the price of gas spikes rapidly ( which it has done in the past). Especially in Ohio.

I'd use a carrot and a stick approach here. Yes you get some subsidies to stay afloat with coal but only for x years with a predictable scale down. while at the same time, incentives for renewables ramps up. If you want to stay off solar

FirstEnergy also warns that natural gas prices will not remain low forever. Years from now, they say, their coal plants and nuclear operations will be more economical and consumers will be thanking them for keeping them open.

The proper course of action would be to view that as an investment opportunity, which will pay off in the future, and invest in keeping those coal and nuclear plants serviceable until then. But I guess asking the government for a handout looks better in quarterly reviews.

While this one singles out cheap natural gas, power companies across the board are struggling with distributed solar. In political actions funded by the Koch brothers, they're coming up with every off-the-wall plan they can. Scare tactics about their death spiral, aimed at convincing regulatory agencies to allow them to stop net-metering, add an extra fee for solar-power-producing homes, or otherwise asking the government to guarantee them a fixed amount of revenue, even as they provide less and less power:

This mess looks to play out like Bank Bailout... Semi-governmental private corporations, who give the profits they make to their investors, yet can expect the government to protect them from any losses when things go the other way.

To their credit, state regulators have been overwhelmingly rejecting their proposals pretty universally thus far, and not allowing them to essentially print their own money.

There is some indication that the death sprial is a myth, and this will all just mean slightly lower profits than they've come to expect:

The Ohio utility in the article obviously fought for deregulation, against government regulation. They want the benefits of both, and none of the downsides.

As for others, yes, there should be government guarantees of minimal profitability, but they should NOT be guaranteeing maximum profitability all the time. Residential PV isn't going to put any of them out of business, just make them less profitable, and they won't accept that. They want consistently high profits, no matter what. That's not the kind of guarantee they should be getting, on the backs of the poor who have no choice but to pay their utility bills.