In the movement toward patent reform, the Patent Office, Congress, and the courts aren't the only targets for change. Individual and corporate patent owners have steps they can take to reduce the harmful effects of software patents and disempower patent trolls, largely through alternative licensing schemes. The EFF announces:

We're excited to announce the first set of patents released under one such scheme, the Defensive Patent License (DPL). The 23 patents, owned by EFF cofounder John Gilmore, were created by Pixel Qi, a startup that aimed to advance low-power LCD screens. With these patents under the DPL, anyone can license them royalty-free as long as they license their own patents (and commit to licensing future patents) under the same termsâ€”even if they don't have any patents at all.

The Defensive Patent License, pioneered by a team at NYU and Berkeley law schools with support from EFF, sets out to create an environment where patents aren't bludgeons for offensive litigation campaigns, abused by companies to engage in expensive lawsuits and by trolls to threaten true innovators. Inspired by free software and free cultural license, the DPL allows for patent-owners and developers to benefit from openly sharing their portfolio.

Interested in more? Check out the EFF's Hacking the Patent System Guide [PDF], available from their website. Back under the bridge with you, trolls! 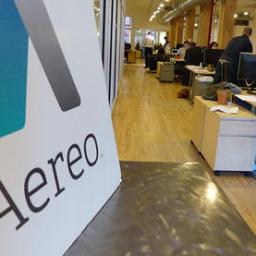 The court cases (and defeats) keep coming, and to the naked eye it might look like Aereo could be folding for good. The closure of their Boston offices looks bad - but according to Aereo, it's a sign of their determination to continue, despite loss of funding. There is reason to be optimistic.

With a little help from regulators, Aereo finally has a plan B. The FCC itself is considering a redefinition of broadcasting to include internet-based companies. It's possible this may have something to do with the confusion and questions that came up as a result of the Supreme Court ruling, but it might also be an attempt to encourage competition.

This proposal appears in an official FCC blog post by chairman Tom Wheeler, and is sure to provoke discussion and dismay among media corporations, especially considering that their stocks all fell more than 3% after the proposal was announced. 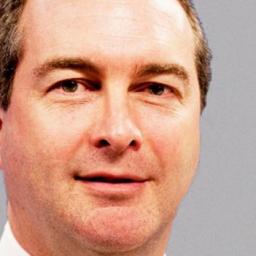 Mr Hannigan argues that the big internet firms must work more closely with the intelligence services, warning that "privacy has never been an absolute right." What say the |.ers?
The Australian government has introduced data retention laws that are highly controversial. Under the new provisions, all internet data would be retained for two years, leading to additional expenses related to capturing and storing data that would cost Australian internet users $100 to $200 per year each. The data will be used for copyright enforcement and to track the exact location of mobile phone users.

The Australian Pirate Party is incensed, naturally, and states that this policy destroys any semblance of a free society.

â€œThere are far too many flaws in this legislation to enumerate,â€ said Brendan Molloy, President of the Pirate Party. â€œThere has been no discussion as to why the current retention order provisions are insufficient. This legislation is disproportionate and unnecessary. â€˜Metadataâ€™ is ill-defined in such a way as to contain so much information that it is effectively the content of the communication, insofar that it contains the context and location of all communications. This is a massive issue for journalists, whistleblowers, activists, and a whole host of other persons whose activities are in many cases legal but perhaps not in the interests of the state to let happen without some level of harassment.

â€œThere are significant issues relating to cost and security of the data. Steve Dalby of iiNet said yesterday that iiNet would consider storing the data where it is the cheapest, which includes Chinese cloud providers. There will be a significant â€˜surveillance taxâ€™ introduced by retailers to cover the costs of storing this data that nobody wants stored.

The data retention laws have been delayed in the legal process, but not stopped. Pipedotter Tanuki64 points out "Sooner or later this bill will go through. It is just a matter of time. Same in Germany. A data retention law was rejected several times, but is reintroduced in almost regular intervals. The interests behind these laws are powerful and they have to succeed only once. Once such a law is enacted, it is almost impossible to repeal it again."
After spending most of the last decade profiting off of cramming, AT&T this month was finally held accountable by the government and fined $105 million by the FTC, FCC, and state governments. A similar investigation is ongoing again T-Mobile, and you can likely expect similar settlements in time with both Verizon and Sprint, who also turned a blind eye for years while scammers bilked their customers (because they netted 30-40% of the profits). The FTC case against AT&T is a great read detailing at length how AT&T not only turned a blind eye to the scams, but actually made it harder for customers to identify they were being scammed and to obtain refunds.

With the customer refund process underway, the FTC tells Time that more than 359,000 customers have already applied for refunds, with many many more expected. AT&T of course generates $105 million in about the time it took me to write this post, and the money they made off these scams was potentially dozens of times larger than the fine. Still, it's nice to see the government do its job when big companies are involved, as for most of the decade the FTC and FCC ignored how large carriers helped make these scams possible. Customers need to file their claim before May 1, 2015.
Many of the millions of comments in the net neutrality proceeding, urge the FCC to impose net neutrality rules by regulating the Internet â€œlike a utility.â€ It wonâ€™t work. Simply reclassifying ISPs as (Title II) common carriers will trigger a vast flood of litigation, but bring little relief to consumers who simply want unfettered access to the Internet. We canâ€™t find a way to write a net neutrality rule in a manageable number of words, and still leave only minimal discretion to the ISP. An ISP with a good lawyer â€“ and they all have good lawyers â€“ could plausibly argue that the rule allows almost any activity at all.

There is a way to solve this problem: a rule that requires the ISP to open its channels (cable or phone line or fiber) to competing ISPs. Under this approach, a consumer dissatisfied with the performance of one ISP could easily switch to another with no change to the household wiring â€“ an impossibility in today's system. We know this approach works because it did work, very well, all through the Internetâ€™s dial-up days. A set of FCC rules called Computer III required just the kind of shared access to those lines that we propose here. That is the only practical way to bring about net neutrality.

In the early 2000s, following the advent of broadband, the FCC made a colossal two-part error. First, it declined to apply Title II and Computer III shared access requirements to cable broadband delivery. Second, a few years later, it removed those same existing requirements from telephone company DSL broadband. The result today is Internet monopolies, or duopolies at best, in nearly every U.S. market. 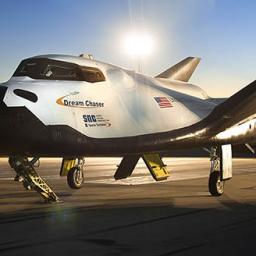 Shortly after NASA awarded Boeing and SpaceX mult-billion dollar contracts in the "space taxi" program, Sierra Nevada Corporation filed a lawsuit against NASA challenging its loss to Boeing, despite submitting a cheaper bid. While the lawsuit caused NASA to immediately request Boeing and SpaceX to halt work on their vehicles, they've now reversed course and requested the programs be restarted. NASA stated that a delay in providing transportation services to the ISS crew will put the crew at risk and will highly affect several operations of the ISS. This delay may even result in the US failure to fulfill the commitments it made in its international agreements.

The lawsuit is starting to result in private internal documents coming out of the woodwork and into public view. While many speculated that NASA was fully behind SpaceX and only granted Boeing a chunk of the contract for political reasons, it seems that Boeing was ranked above SpaceX in every major category, from technical maturity to management competence to likelihood of sticking to a timetable. Despite SpaceX's historic achievement of becoming the first commercial entity to put a capsule into orbit and ferry NASA cargo to and from the international space station, the agency had somewhat less assurance in the company's ability to perform, based on performance on its own preliminary contract.
Marriott (since 2012) has been using wireless technology to prevent guests at the Gaylord Opryland hotel and convention center from using their own Wi-Fi mobile hotspots, forcing exhibitors or customers to use Marriottâ€™s expensive Internet services, available at the whopping cost of $250 to $1,000 per wireless access point. Despite popular press reports, this did not involve "jamming" which is strictly illegal in the US, but instead something more like a WiFi DoS attack.

Marriott had deployed a Wi-Fi monitoring system with a â€œcontainment capabilityâ€. When activated, the system could identify Wi-Fi access points that were not part of Marriottâ€™s own Wi-Fi system (or otherwise authorized by Marriott). Such non-Marriott access points were dubbed â€œroguesâ€. When rogues were detected, the system sent â€œde-authorizationâ€ packets to the unauthorized access points, booting those users off their free connections and, presumably, forcing them to pony up for Marriottâ€™s paid Internet access.

http://www.commlawblog.com/2014/10/articles/enforcement-activities-fines-f/marriott-whacked-for-600000-for-war-on-rogue-wifi-hotspots/
After Edward Snowden revealed the extent to which the NSA had unfettered access to corporations' internal networks, and several high-profile hacker data leaks, technology companies have stepped up efforts to shield their customers' data. Apple's IOS8 and Google's Android L both encrypt user data if the user selects a pass-phrase, making it inaccessible to 3rd parties.

But in a move reminiscent of the Clinton-era clipper chip initiative (which would have required all cryptographic software to provide the US Government with unfettered access to your encrypted data) US Law enforcement agencies are pushing back, calling for Apple and Google to weaken or eliminate the new security features. U.S. Justice Department and FBI officials are trying to understand how the new Apple and Google Android systems work and how the companies could change the encryption to make it accessible when court ordered.

This comes after years of the FBI, TSA, ICE, and police departments across the country routinely appropriating all the data on personal electronic devices, without a warrant, of anyone they stopped to search for any reason. Only recently have some of these warrant-less searches been ruled illegal by unanimous supreme court decision.
Last November CheapAir became the first airline to accept Bitcoin and then later, the first to let travelers book hotel rooms and Amtrak train seats with the digital currency. Since then its Bitcoin sales have topped $1.5 million, an amount that exceeded the companyâ€™s initial expectations, Jeff Klee, CEO of CheapAir, tells Forbes.com.

CheapAir decided to expand its array of digital currencies that it supports after receiving requests from the developers, Klee says. He is less sure of their momentum, given their smaller user base, but Klee is willing to take a flyer.

â€œIn general I am very supportive of alternative currencies and the technology is very promising.â€ Like many company executive Klee is delighted with the cost savings digital currencies offer companies like CheapAir.