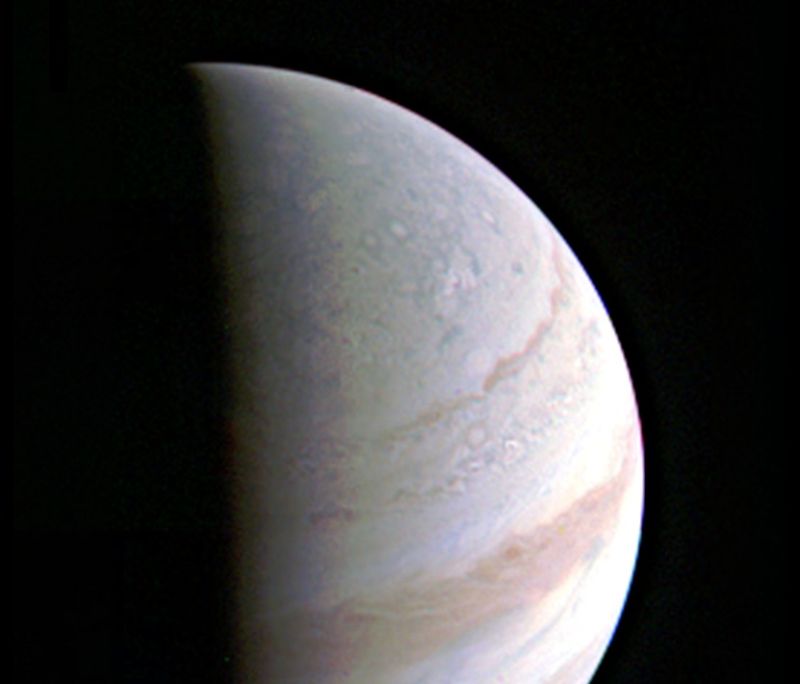 NASA's daring Juno spacecraft must fly into the heart of Jupiter's deadly radiation belts to complete its mission. So far, so good. On Saturday morning, the spacecraft made its first close approach to Jupiter, flying to within 4,200km of the giant of the Solar System. That is less than the distance from New York to Los Angeles.

The spacecraft shot past Jupiter at the speed of 208,000km/hr relative to the planet, and mission managers pronounced that Juno was in good health. "Early post-flyby telemetry indicates that everything worked as planned and Juno is firing on all cylinders," said Rick Nybakken, Juno project manager at NASA's Jet Propulsion Laboratory in Pasadena, California. Saturday's flyby, at 9:44am ET, marked the first time Juno had activated its entire complement of nine scientific instruments and turned them toward Jupiter.

Mission managers said early returns from the data were promising, but cautioned it would take several more days to download all of the information collected by the spacecraft, and to begin to assess what it means. Although photography is not the principal aim of the mission, NASA intends to release images taken during the flyby during the next week or so. The pictures are expected to include the highest-ever resolution views of Jupiter's atmosphere, and the first good views of both the gas giant's poles.