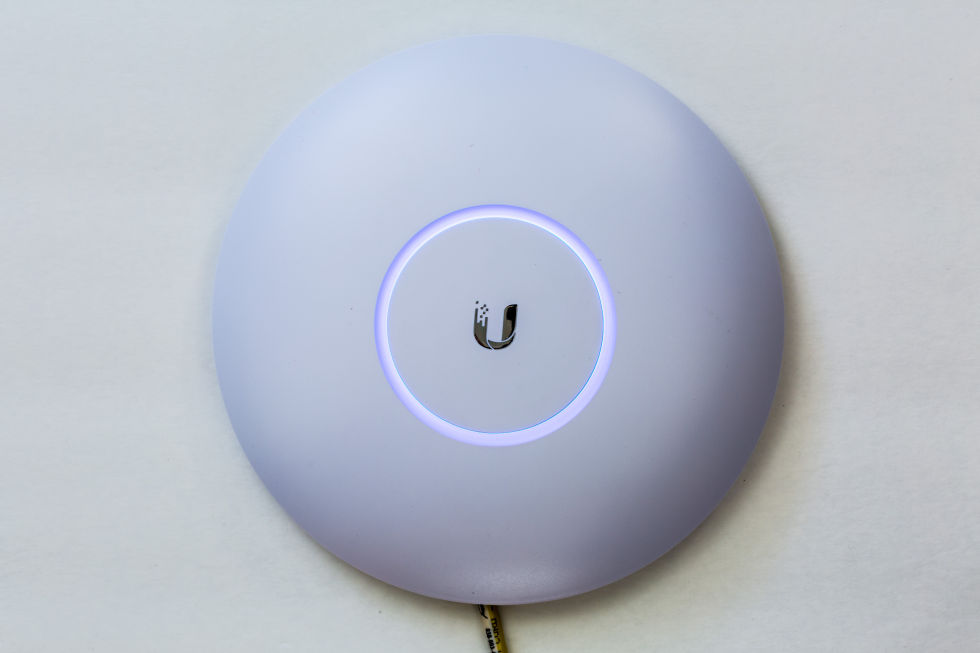 Enlarge / The UAP-AC-Pro, one of the three types of UniFi wireless access points I tested. (credit: Lee Hutchinson)

Back in July, Ars ran a syndicated piece from The Wirecutter on the best consumer-grade wireless access point, with the winner being the $100 Netgear EX6200. The result didnâ€™t particularly move meâ€”Iâ€™d been using an 802.11ac-capable Apple Airport Extreme since late 2013 and Wi-Fi in House Hutchinson seemed pretty much a solved problem. The Apple access point had been more expensive than just about any other consumer wireless gear when Iâ€™d picked it up, but it was solidly reliable, quite quick, and covered all 2,600 square feet (about 241 square meters) of the house without any noticeable dead spots.

But a few of the comments in the syndicated piece echoed a general dissatisfaction with the consumer wireless access point landscape and recommended we check out some entry-level "enterprise" wireless gear instead. This tickled my urge to tinkerâ€”if thereâ€™s one thing the latent sysadmin in me loves, itâ€™s tearing out a perfectly functional existing production system and implementing something new from scratch!

So shortly after that piece ran, I reached out to Ubiquiti Networks, an enterprise networking gear manufacturer that makes, among other things, the types of mesh-capable Wi-Fi systems that often get installed in hotels and airports. I wanted to see what it was like to leave the kiddie pool of home Wi-Fi equipment and jump into the big poolâ€”the shallow end, at least (the deep end would probably be bolting Cisco Aironet access points all over my house). My contact with Ubiquiti happened at a fortuitous time, too, since the company was in the process of redesigning its UniFi wireless access products.