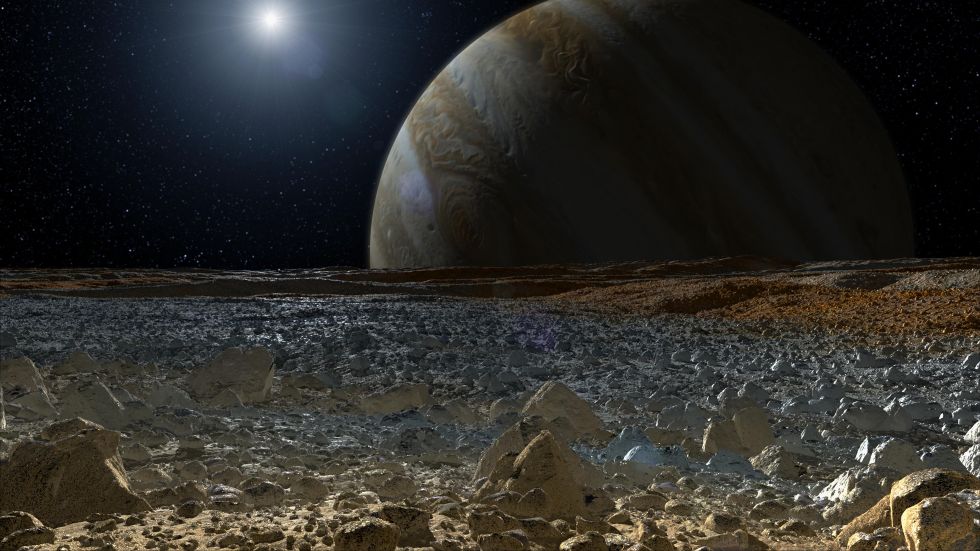 An artistâ€™s concept shows what the surface of Jupiterâ€™s moon Europa may look like. (credit: NASA/JPL-Caltech)

It is a nightmare glacier, tormented by the giant of our Solar System ever looming on its horizon.

Jupiter showers its moon Europa with enough radiation to kill a human in just a few days. Europa must also contend with the massive planetâ€™s powerful tidal forces. The moon literally creaks as Jupiterâ€™s bulk rends its frozen surface in deep crevasses, pushing and pulling the ice upward and downward by tens of meters every few days. And with only a very tenuous atmosphere, it is so very cold: -210 degrees Celsius.

Yet as forbidding as Europaâ€™s surface may be, just a few kilometers below lies the largest ocean in the known Universe. It dwarfs any on Earth, encircling the entire moon and plunging as far as 100 kilometers deep. The tidal forces that wrench Europa's icy surface also tug on the core of this ocean, dissipating heat and providing ample energy to warm the ocean.