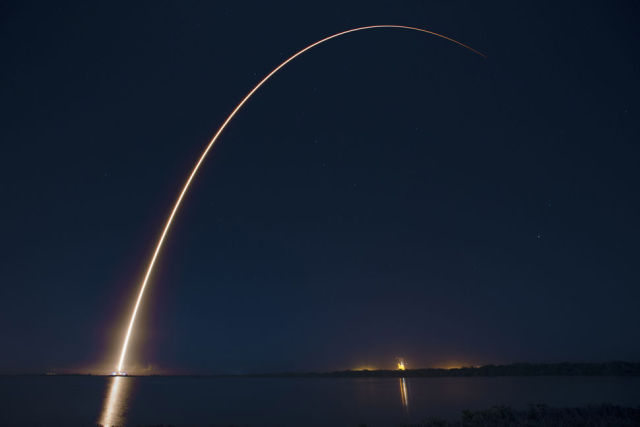 United Launch Alliance (ULA) has declined to bid on the launch of a next-generation GPS satellite, opening the way for SpaceX to launch its first national security payload later this decade. ULAâ€™s decision marks the latest (apparently triumphant) skirmish in a contentious, high stakes battle by the upstart SpaceX to win contracts to launch Pentagon satellites.

The Air Force asked for bids to launch a GPS 3 satellite, which has improved signal accuracy and anti-jamming capabilities, in 2018. Monday was the deadline to submit bids. This was the first military contract for a launch since the Air Force certified SpaceX for satellite launches in May, a move that allowed it to compete with ULA.

A joint venture between Lockheed Martin and Boeing, ULA has had a sterling record with its Atlas 5 rocket, with more than 100 successful launches. However, the rocket relies on the Russian-manufactured RD-180 engine for its thrust, and given the ongoing tensions between the United States and Ukraine, the US Congress passed a law last year banning the use of these engines beginning in 2019.