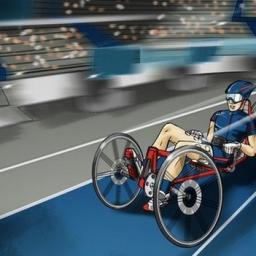 The Swiss National Competence Center of Research will host the first Cybathlon in Switzerland in October 2016. This ' Olympics for bionic athletes ' will include races where competitors who are paralysed from the neck down control an avatar via a brain interface. There will also be races for those wearing arm or leg prosthetics, an exoskeleton race and a wheelchair race.

There will be two medals for each competition, one for the pilot and one for company that developed the device. 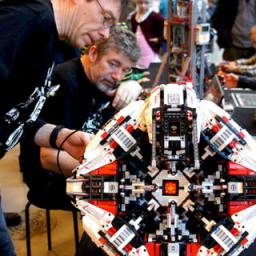 How long does it take you to solve a Rubik's Cube puzzle? Because, unless you answered, "under three seconds" you're going to have to do a bit more practice.

The new, mind-blowing record of 3.253 seconds was set on Saturday, March 15th, by a robot at the Big Bang Fair in Birmingham, U.K. The robot was built by Mike Dobson and David Gilday using LEGO MINDSTORMS EV3, LEGO Technic and a smartphone. The record is not only faster than previous record holder, the CUBESTORMER II robot , but also faster than the fastest human time of 5.55 seconds.

Watch a video of the feat here . The Lego website has additional details as well.