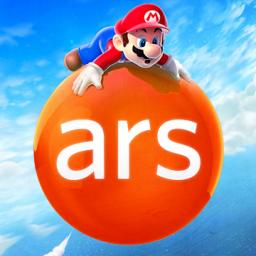 In 2014, the gaming industry presents a new landscape once again . All three of Microsoft, Sony, and Nintendo have new consoles ( XBox One , Playstation 4 , and Wii U ), PC Gaming is back in a big way, and Valve is on the horizon with their new Steam Box platform . This says nothing about the emergence of mobile, casual, and free-to-play gaming paradigms as well.

With all the changes, ArsTechnica has suggested that the present business case(s) for Nintendo, in particular, are under severe threat and have offered up their suggestions for bringing Nintendo back to the fore . Ars' suggestions include: (1) target quantity over quality for their main franchises (a la Activision), (2) find the next game design visionary, and (3) go mobile and to the internet.

Ha ha - I just reviewed and published this article, and if I'm reading the logs correctly, I hit "go" less than 60 seconds after Rocks submitted it. Instantaneous gratification! (No charge) ;)

Interesting article - thanks for posting it. I'm not much of a gamer but agree the world has changed and Nintendo has some catching up to do. Nintendo "was" gaming for a whole generation of kids. But they risk becoming the Blackberry of consoles if they don't shake it a bit.

Some sales numbers for Nintento:

One of the comments on the ArsTechnica site suggests that with the large cash pile Nintendo has on hand, they have some luxury in taking their time to identify their forward path. But I agree with the tone of the article and your own suggestion: Blackberry provides a compelling example of what can happen if a company takes a long time to react.

There is a second page to that article which has two contradicting points: stop making hardware and make better hardware.

Between those two options, I would choose to make better hardware. I don't want the console wars to turn into a two-horse race, and no other players are big enough to go head-to-head with Microsoft and Sony.

I might end up buying a Wii U to replace an aging Wii just so the family can keep playing all the Nintendo games we own. But I really hope something better is coming down the road soon.

I find that a PC with emulator software does a far better job. The experience is not as good as using the old hardware but at least I can play all of the games and I don't lose all of my games when the console dies.

If they spend more on hardware (and cut profit margins), then what? Then theyre only on a level playing field with Sony and Microsoft. Thats not enough to dig them out of their hole. Im supposing Im in the minority, but graphics got good enough in the PS3 gen, and the Wii-U is a little better than that. I see "next gen" videos, and it looks mostly the same to me.

Nintendo really needs third party support, but its not clear how to get companies to do it. Ive got Ninja Gaiden and Tekken on the Wii-U, but my other non Nintendo options are pretty darn limited in what interests me. I think Bayonetta 2 could have been the life perserver for the system, but its not due til around next Christmas which may be too late.

Not related to the article, but I totally disagree with their critisizms about the controller (aside from the no multiplayer issue which is rediculous). Id put the Wii-U controller as my second favorite of all time behind the Wavebird. I want Fatal Frame with this controller so bad. Which reminds me I have to offer up sacrifices in hopes it wont be region locked / Japan only.