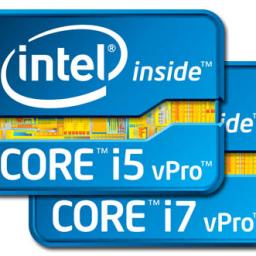 Seriously, we already banned US network gear here, but it seems like you need to fully avoid anything US tech related to be sure they don't spy on you. No wonder the US hates Huawei so much.

I get the impression everyone is loudly complaining that the "other guy" is doing the same thing the complainer is. Yeah, it's easy to point the finger at Huawei, but the US is apparently doing it too. There's only one guaranteed loser here: the consumer.

Because It's BS (Score: 4, Informative)

The 3G support works only if the computer includes 3G hardware.

Discussed at http://arstechnica.com/civis/viewtopic.php?f=8&t=1219245 and other places.

besides that, the article is dated September 2013. This stuff should not make the frontpage

unless it's still relevant today, which it is.

I guess you never read old news articles or books from the past.

You can run old news with an update, but there hasn't even been any change to this. I don't know any news site that just republishes old articles without any change to them. Then the citation of infowars as the source makes the article loose all it's credibility for anyone who didn't know about it before.

We get it. You're a conspiracy freak. And we're politely asking that you keep your insanity off of this tech news site.

Thank you. Now go away.

Hey, all: the pipe is currently empty. If you have good ideas of what should go up on this tech news site, please post. Because it's a hell of a lot of work for just one person. This is an all volunteer site, so we don't exactly have paid journalists out walking the beat. When that pipe is choked with interesting articles, we'll be happy to cherry pick and make sure only the great ones make it to the front page. Right now the pipe is empty: do the math.

So what good can this embedded 3G chip do when the rest of the computer is shut down? Can it even get a signal inside a typical PC case?

Thank you for this story, very helpful in my next purchase. (Score: 0)