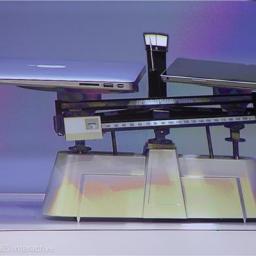 It's working its hardest to kill off Windows PCs, and phones, and now tablet hybrids.

Seriously, I'm using Win8 right now and I still hate it. First I thought that the pervasive ugliness was because I had installed ClassicShell and somehow Explorer had reverted to something basic.

But no, even on a virgin installation of Win8 all the windows are as primitive and ugly as possible. They resemble nothing so much as the Windows 1.x I played with years ago, squared corners with no style at all, as if someone were assigned to write a GUI using only Turtle Basic. Just ugly ugly design as far as the eye can see, and that's WITHOUT getting into the horror of the start screen.

I've never used Win 8.1, and am trying hard to keep it that way. But I thought people mostly agreed the tablet was the one form factor for which that terrible interface actually made sense?

Nah, as far as I know people say it works well on Windows Phone, so-so on tablets, and somewhat usable on touchscreen laptops. Of course there are a few champions (shills?) who seem to love it.

FYI ClassicShell et al. don't really cure everything (ugly windows, random "charms" popups), so keep on avoiding it if you can.

I'm pretty sure you can turn of the charms, but they call it "active corners" or something else that isn't clear. It's been a while since I used it, though.

It's a completely irrelevant product in the marketplace. Some people might know "that guy" that had a windows phone, then ditched it for something useful. The Microsoft marketing machine(which is amazing) spins it as "if you just give it a chance" or "a superior product that's unappreciated" and other such nonsense..but we all really know the truth: Phones/Tablets are either Android or Apple.

Even the formerly hard core Microsoft people I know think of MS tablets/phones/windows8 as a joke... And these are the folks that have been telling me everything Microsoft does is gold for years... Now they are installing Windows 7 professional(aka Windows XP v2) and can't come up with any defense for any of the windows 8 nonsense.

The only good thing I can say about windows 8.x is it's doing more to damage Microsoft's desktop monopoly than anything a competitor could ever do. As to using it? It's banned from every company I have exposure to so I likely won't have more than a token exposure to it for years to come.

For a higher end device with 9 hours battery life it's interesting. Personally I can't think of any application needing an i7 that better done on a laptop. At this point (and I'm find this view increasingly common even among regular people) I only use Microsoft products if I have to.