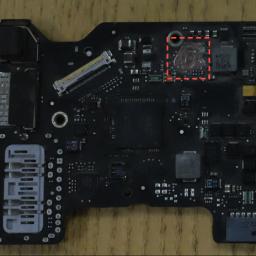 Yeah, saw this referenced on the other site. Seems exactly like alarmist luddite claptrap to me.

Keyboards retain fingerprints. That's about the extent of the exposure outside the hard drive.

You sound like you don't know anything at all about computers. While the processing power in a SD card is just about between a third and half of the very first PCs that's more than plenty. The chip in the SD card is tiny, cheap, and fairly old (ARM2 is common, I've used the numbers from ARMv2 and ARMv2a and compared to the first 80386).

The people in the article are looking at one aspect: which components got destroyed by the GcHQ when they wanted to remove data and possible traces of data. It doesn't mean these are implants (if you want pictures of the implants go to Schneiers blog and look at the TAO stuff, there are some pictures there courtesy of the NSA themselves).

"Luddite" is the new "racist": a self-inflicted insult to whoever utters it demonstrating their lack of cognition and a total submission which isn't the survival mechanism you may hope it is (submission is irrelevant).

The NSA has done what the Unabomber couldn't achieve.

Err that post wasn't finsihed at all, I discovered I had been a little bit wrong (ARM2 is more powerful that the first PCs) and was correcting myself when it accidentally got posted partially through the edit. Sorry about that :|

I'm not saying the NSA has any need to use ancient stuff like ARM2, as we all ought to know they have their own foundries and could easily make task-focused implants small enough to be unnoticeable to the naked eye.

And you sound like a profoundly stupid twit. If particular computers are or were targeted, the size of the keylogger or storage medium doesn't matter one whit to most of us. Oh shocking, no shat, people and governments can install spygear including keyloggers on specific targets.

Only alarmist Luddite morons such as you would countenance the implication that this has ANY bearing on ANY mass produced or deployed keyboards or other PC parts in use by uninteresting ordinary people.

And this story is ONLY interesting if it applies to more than the usual set of espionage targets.

Shame on you for your dimwittedness and alarmist twaddle.