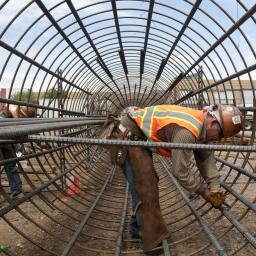 Long-term Economic Grand All-region Locomotion? (LEGAL). A stretch, I know. I suck at this.

Interesting how the leaders in the field suck at this. Washington DC has pretty crappy public transport - a limited underground metro system that purposely avoids the Georgetown University area (that was a bone thrown to the Cab lobby, who makes great money in that neighborhood), and a hub-and-spoke network that makes it pretty hard to move around the spoke without first going into the city. New York tried banning cars and Bloomberg took a beating because of it.

Frikking Denver? How the hell they come out front in an intellectual issue like this. Not that Denver doesn't have smart people, it's just not the kind of place you expect to see this kind of innovation.