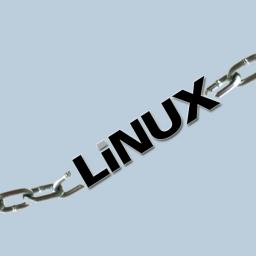 There is enough pushback to systemd to warrant a fork of a major distribution that excises systemd and the GNOME dependencies, while providing a more traditional and stable server platform that has no hint of desktop support. No time need be wasted managing the hundreds upon hundreds of desktop packages present in the distro tree, no need to include massive numbers of desktop peripheral and graphical drivers (RHEL 6.3 ships with 57 xorg drivers, for instance).

There's also the matter of security. The security concerns for a desktop are vastly different than those for a server -- and server security concerns are vastly different among servers, depending on what each server is doing. However, it's safe to say that protecting against malware delivered by clicking through a malicious Web page is not high on the list of possible threats for a Memcached server.

I don't know the kernel configuration well enough (or at all), but my understanding was that having a Linux kernel with specific custom configurations (compilation flags, modules, scheduling policy, file system, minimum amount of necessary drivers and so on) was exactly the sysadmin's job (i.e. the guy in charge of the server is supposed to know better).

Besides, there are so many different servers out there, I fail to understand how one Linux with minimal packaging could fit them all. I understand the idea of stripping the repositories from all the unnecessary desktop-related packages, but it can't be just about that, is it ?

That's one of the many reasons I like pipedot. You're supposed to read TFA :-)

Whether systemd is an atrocity or not has exactly no bearing on a misguided notion of splitting up OS development.

"Just do it then" is pretty much the motto of open source as far as I'm concerned. What's with all these articles reacting to systemd and discussing what should or shouldn't be done with linux, as if it were a monolothic entity? If you want to build a server focused distro without systemd, just do it. I'll keep using arch.

OK, so if I want to avoid using systemd in my crappy, personal distro with 3 users, that's one thing. But what I really want is for the big guns to stop packaging systemd so I like their product more. Big distinction.

Anybody who wants to use zafiro17nux as their primary distro might not have to deal with systemd, but they're in for a huge world of pain otherwise.

"they're in for a huge world of pain"

There are swaths of the hardcore masochist (Gentoo is too easy) Linux userbase who would choose zafiro17nux solely because of that claim. :)

Homogenising thanks to systemd is a major point in systemd proponents arguments!