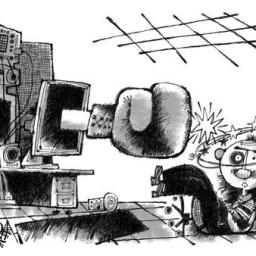 Typically, September and October are a period that sees an uptick in sales of networking hardware - routers, switches, and the like. Not this year. In fact, industry analysts have noted a drop in sales, and attribute it to increasingly widespread corporate investments in software defined networking (SDN) equipment.

Industry heavyweights like Google, Amazon, Facebook, and others are already heavily invested in OpenFlow and SDN, but it seems to be taking hold on a much wider scale, and not just in ultra-massive data centers.

"We're at the beginning if the S curve [in SDN] with Google, Facebook, Amazon, and NTT adopting and a few others actively deploying it, but it will be several years before it is mainstream," said Guru Parulkar, the chair of the event and executive director at the Open Networking Research Center that works on SDN.

"We will build network infrastructure with white boxes running merchant silicon, open-source network OSs, and services. This will not happen overnight, but it will come."

In the SDN vision, many tasks will be handled as applications running on Linux servers, said Dan Pitt, executive director of the Open Networking Foundation behind the OpenFlow protocol: "The future of the network is Ethernet, x86, and OpenFlow -- nothing is controlled by a single party, it's all community based."

Bad news for Cisco and friends, but they're only suffering what the desktop computer makers suffered a decade ago, and Sun and the rest of the server manufacturers before them.

Many of our routers are switches are now virtual servers acting as switches. Lots of problems. Hardware rarely crashes or slows down.

I think I agree with you. I like some hardware staying hardware. I've gotten used to virtual servers though and that seems like a good idea. The thing is, if the 'hardware' is just software and an abstraction layer running on hardware that would've been similar to the other hardware, then what's the point? You save money but you lose time in the abstraction. Maybe I'm not being clear:

I can't wait for the next step: all this re-implemented in Javascript over a Python engine:-)

... which a team of 20 year olds then throws out so they can reimplement it in Ruby and the latest OO framework ...

These are called seniors in open software development nowadays.

Re: Softer not always better (Score: 0)

You are missing a step. A lot of our software routers are VMs.. now think about that for a moment..

I'd be surprised if *most* of them weren't already VMs. I mean, this revolution is coming on the tails of the previous one, right?