Despite the immense potential of solar energy, at present, roof-mounted photovoltaic panels are able at best to capture about 20% of the available energy. And that despite research that has led to gains! To improve energy generation, you either increase solar panel efficiency, or increase their coverage. Enter a Silicon Valley startup named "Ubiquitous Energy."

[Ed. Note: the article image chosen here is of an invisible solar panel placed over the entirety of the text.] 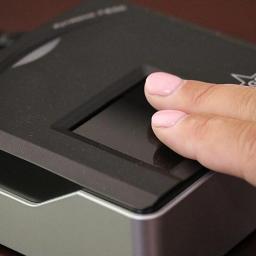 No word on what happens when someone decides to impersonate someone and hacks off their hand to use as identification.