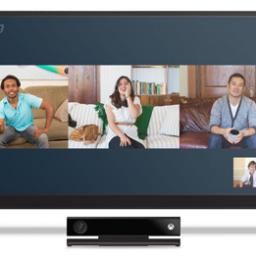 I actually paid for Skype for group video chat... and I joined GooglePlus for Hangouts...

Personally, I would prefer to pay Skype than have to join a Social Network, but this is the pressure of modern collaboration, you have to go where your colleagues are or you just look ludite.

Maybe this means I won't need to renew my Skype subscription to retain this feature. Unfortunately, they had it set up on auto-renew when I signed up, so I will have to check my preferences, which is something I frequently forget to check... thanks for the heads up in any case

Just checked my account, I appear to have auto-received a Skype Premium promotion until early 2015, interesting...

Previously, I've never modded my own posts up -- now they get a 1 automatically immediately upon posting? Is that expected behaviour? Maybe I haven't been paying attention...

A change was made a couple of weeks back to raise the default moderation score of non-AC posters to 1. It's a new-ish development, but so many additional things have evolved on Pipedot in the interim that it feels like it happened quite a while ago.

Ha ha - you get a point just for being you!

It's what my parents always told me...

Assuming you've used both Skype and Hangouts video chat a fair amount, how would you compare the quality/stability etc.? Do you ever use them over a sketchy connection, on either side?

I like both. I use Skype more -- but this is mostly because many of my contacts are on Skype. My experience with Skype is that it can be unstable on certain links, especially using wireless internet at some hotels and such. Then again, I have used it for international connections from all over Europe, Latin America and North America and would rate my satisfaction >95%. I like Google Hangouts as well and it has been stable for me in all cases. Then again, I have not tested Google Hangouts on the same connections where Skype has experienced difficulty. I have only used Google Hangouts from wired or otherwise strong internet connections where Skype works fine as well. My sense is that Skype/Hangouts connection quality is linked directly to internet connection quality.

The link between Google+ and Google Hangouts stopped me from using Hangouts for a long time (I have zero interest in social networks), but I finally joined to use Hangouts because certain work collaborations had a pre-existing culture of using Hangouts and not Skype. Since then, I have been surprised at the number of contacts who have joined Google+ principally to use Hangouts. Anecdotally then, I would say that Hangouts is competing well and perhaps this is why Skype dropped the fee. I think my ideal scenario would be an open or standard communication protocol like email for multi-head video chat so that different people, groups could all be using different clients without being centralized in some database. This probably exists, but if everyone is on Skype/GooglePlus/Facebook it is not necessarily suitable.

The huge, huge problem is that you more or less need a centralized (or distributed) directory service to make connecting easy for people. Jabber/XMPP and Ekiga-style clients that do VoIP and H.264 video are all well and good, but without an easy directory to reach people, they're just dead meat walking. It seems Ekiga.net offers a directory, but who the hell uses it... Same with other providers of SIP / VoIP addresses...

But really, Jabber is the right way to do it; domain owners and ISPs should all be running their own video/telephony servers just as they do mail servers, so you@hyourdomain.com becomes your Videoconferencing address. Some day?

https://meet.jit.si is the future, today.

Guess I'm not ready for "the future" then.
_____
This application is currently only supported by Chrome, Chromium and Opera

We are hoping that multistream support for Firefox would not be long so that we could all use this application with our favorite browser.
_______

Seriously, I appreciate WebRTC as much as anyone, but it's hardly a solution if it supports only a subset of Internet users.

Ugh, this is terrible. The standard Jitsi client (not the WebRTCed version linked above) won't even talk to Ekiga.net and similar networks! (Because of conflicting NAT traversal methodologies.) What a mess the open source conferencing world is in.

From the Jitsi FAQ:

NB: the problems described in this section also apply to other providers such as 1und1.de

Short Answer: The ekiga.net SIP servers are configured in a way that prevent Jitsi (and many other SIP user agents for that matter) to register with the service. Please use iptel.org or ippi.com instead.

Slightly Longer Answer: The service at ekiga.net is configured to only accept SIP REGISTER requests that contain a public IP address in their Contact header. This means that registration from Jitsi would fail unless you actually have a public IP address. The Ekiga client circumvents this by using STUN to learn the address and port that have been allocated for the current session. It then uses the pair in the SIP Contact header. This kind of use was common for the first version of the STUN protocol defined in RFC 3489 which was sometimes referred to as â€œclassic STUNâ€.

The IETF has since significantly reviewed the way STUN should be used. The new version of the protocol is now defined in RFC 5389 which, among other things, advises against the use of STUN as a standalone NAT traversal utility:

However, experience since the publication of RFC 3489 has found
that classic STUN simply does not work sufficiently well to be
a deployable solution.

Today STUN represents one of the tools used by complete traversal mechanisms such as SIP OUTBOUND (RFC 5626) or ICE (RFC 5245). Neither of these includes sending a STUN obtained address in a Contact header.

So, where does Jitsi currently stand on all this? At the time of writing, we support the ICE protocol but only use it with XMPP. Use with SIP is likely to come in the near future. The reason we havenâ€™t implemented it yet is that most SIP servers currently open to use over the Internet, use a technique called latching. When such servers detect you are connecting from behind a NAT, they would start acting as a relay, receiving media from your peers and then forwarding it to you (and vice versa). While this is by far the most reliably way of traversing NATs, it does indeed imply some scalability constraints.

ICE on the other hand would only fall back to relaying if no other way was found to connect the two participants. This is why it is considered as a more optimal solution and why itâ€™s also on our roadmap.

Note however that the constraints on ekiga.net would continue preventing Jitsi from connecting even when we do implement support for ICE.

Somebody, somewhere once said this about Googleplus and Facebook back when Facebook was forcing you to get and use a facebook.com email address:

"Join Facebook and get an email address shoved down your throat. Get a Gmail account and get a social network shoved down your throat." Same goes for anyone who ever wanted to comment on a youtube video. Crikey - makes me not even want to use Youtube because of that alone. Who wants your youtube comments blasted out to everyone in your network? Not me.

Not that I approve, but the reason I believe they linked YouTube and G+ was specifically because of the YouTube comments. Hasn't seemed to change anything, but I seem to remember reading they were hoping that if people had to use an account linked to them personally rather than anonymous posting they'd think a little harder about leaving troll comments. Too bad the generation that's leaving the majority of troll comments on YouTube is a generation that doesn't care about privacy anyway so they don't care that in 20 years they'll have a ton of public postings that any employer will fined in 5 minutes that shows what kind of person they really are.

I think you're right, that they tried to do away with anonymity on Youtube comments to get people to shape up. I'm not convinced it worked though. It's thrown a bucket of cold water on people who'd otherwise enjoy Youtube more. And the dumb*sses that don't care are still out there posting crap. Youtube has about the worst comments anywhere. Not cool though, the way Google asked you about a hundred times if you wanted to link your Youtube account to your Google account (I said no, every time) and then basically just did it anyway. I avoid Youtube now (made me more productive in life anyway not wasting time there).

Who wants your youtube comments blasted out to everyone in your network? Not me.

When I add a comment to a YouTube video on my phone there is a checkbox of "Share Publicly". If it is unchecked I didn't see if in my feed, but I have not looked into this that much. I don't know about the website version.

Just a note from the proud first time submitter here.

This is yet another way that the good Pipedot folks (which I assume means Bryan) do a better job than either Slashdot or SN. Rather than slap up my submission, they edited it well, adding a short paragraph with two links (whereas I had only provided the Lifehacker URL) and also leaving an Editor's Note with some interesting background info.

Simple stuff, sure, but it's indicative of care and quality, and I appreciate it.

Again, though, we've got no article or comment volume to speak of. :(

As a buddy once said, 'the cream rises to the top.' Keep reading, posting, commenting, and the crowds will discover it and come to us. Feel free to spread the word to your friends, of course! That's what I'm doing!

BTW there are at least 2 or 3 volunteer editors on deck, too.

Indeed. I'm very grateful and would like to thank these editors. A quick look at the submission history shows a good overview of who all is helping to edit and publish articles. (Hint: it's not me :P)

Wow, having a submission history is pretty cool. Not sure if it's unique? In any case, it is a nice step in the direction of transparency and honesty. Cool technology - well done.

Skype is horribly slow on android and sucks on Linux as well. Google took a step backwards with Hangouts, Talk before was actually almost usable. But nevertheless, XMPP is based on XML which sucks in itself. Is there a minimal, open source video conferencing solution that doesn't suck?

Maybe you just need more bandwidth? Video is a greedy beast no matter what the software. I think Skype does a pretty good job for the most part.

But yeah it would be nice if more people interoperated with Ekiga and other open source clients.

It's certainly not minimal, but try Jitsi.