FossForce has an interesting video interview with Timothy Lord:

What form do you think discussion sites of the future will be? Will everyone still be staring at Facebook feeds and Twitter tweets in 20 years? Do human curated story sites (slash-like) have advantages over generic link sharing sites (like reddit, digg)? Or is every site just regurgitating the same generic news year after year and it doesn't really matter what form it takes? 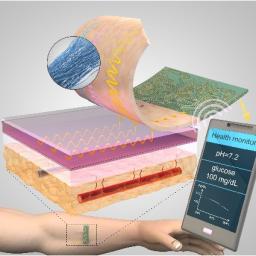 We already have smartphones, smart TVs and smart cars, so why not leverage technology to include smart stitches? Using tiny sensors and electronics layered into fibers like cotton or various synthetics, super-small-scale electronics called â€œnano-scale sensorsâ€ and â€œmicrofluidicsâ€ are inserted into the sutures to monitor things like pressure, stress, strain and body temperature â€” as well as pH and glucose levels. This data from the sutures can transmit wirelessly in real time to a cellphone or computer, giving doctors a better idea of how a patient is healing and whether an infection is starting. Although theyâ€™ve only been tested in vitro, on ratsâ€™ tissue, so further studies are needed, but researchers are confident with the results theyâ€™ve seen so far.
During the Olympic opening ceremonies, NBC may very well stand for "Nothing But Commercials". Viewers took to Twitter to slam the networkâ€™s frequent commercial breaks after six commercial breaks in under 40 minutes. Inserting commercials is probably the reason that NBC did a tape delay of the opening ceremony.