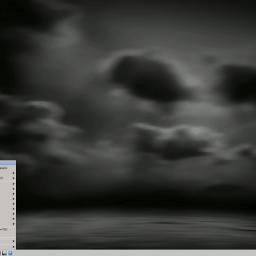 AbsoluteLinux [screenshots] is different from most other niche distros because itâ€™s built on a Slackware base instead of Debian/Ubuntu, so I installed it in a VM and have been giving it a test drive for a while. Itâ€™s the work of one man: Paul Sherman, of Rochester, New York, who took his extensive customizations to Slackware and began making them available to the public as a distro.

Absolute fits on a single CD, and focuses on being a lightweight OS optimized for speed and designed to stay out of your way. Itâ€™s a desktop, with no pretensions of being installed on a server. It uses the IceWM windowmanager, so you get a fast, traditional desktop, task bar and tray with none of the bulkiness of modern KDE or Gnome desktops, and a set of apps judged to be â€˜best of classâ€™ as well as a couple of utilities he wrote himself (the volume control is a stand-alone app that avoids having to install another package that wouldâ€™ve had other dependencies).

Because Absolute is based on Slackware you get all of Slackwareâ€™s simplicity, stability, and dependability. But you also get Slackwareâ€™s thin package selection and install mechanism. Absolute has its own repo, and you can add Slackwareâ€™s repository too [file list is here], as Absolute is 100% compatible with Slackware. But you will soon find yourself over at www.slackbuilds.org looking for 3rd party packages. You also have to manage your own dependencies - a good thing if you want to avoid finding out that a simple app brought all the underlying base packages with it, but a bad thing if you prefer the ease of simple apt-getting your way to the desktop you like. That said, you can use gslapt-get, which comes preinstalled, and takes some of the hassle out of package management.

That said, I like it. It boots quickly, and I do appreciate Slackwareâ€™s simplicity and straight-forwardness. By installing Absolute instead of straight Slackware you get a graphical, lightweight desktop by default. I think I prefer FreeBSDâ€™s ports system or Debianâ€™s apt-get for installing software, and itâ€™s true Slack - and therefore Absolute - aren't for just anybody. But if youâ€™re looking for a refreshing change from the quotidian, Absolute Linux is pretty enjoyable. And above all, it's a reminder that the most interesting things don't come out of corporations trying to be everything to everybody, they come out of willful and skilled hackers that focus on doing one thing and doing it well - much like the Unix tradition itself.

Distro Friday is my favorite pipedot feature. It's nice to see what is out there, and what other people think about when computing.