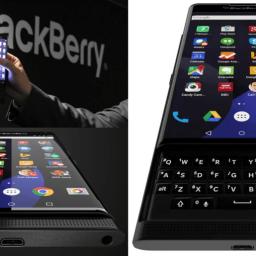 Those were the reasons why I liked Blackberry. As a personal tech advisory to some big wig, I was tasked with getting a new (free) phone for my client due to a problem with his existing one. It wasn't about money as it was a principle thing. So I had the un-enviable task of working my way through tech support as long as I could without name dropping. I only got to tier 2 before I had to go nuclear. But as soon as I did, the phone was in the mail. Never really called them before or since for anyone else. So maybe that was just the name that got action. In any case, it was the best experience with Tech support I've ever had.

Droid was the only good one I played with. The others were pretty terrible. They tried putting them on cheaper phones and skimped on quality. The logic was a bit insane. Not having a keyboard is better than having a crappy one.

Samsung Epic 4g and Motorola Photon Q were both decent sliders with good keyboards (IMHO). I still use my Photon and probably will until there is a revival in the slider market (or my Photon dies).

I think there are two things that are possibly being overlooked. A virtual keyboard on a phone is not going to be significantly bigger than a physical keyboard on a phone and also it will reduce the available screen for display of information. So saying the keys will be small would also apply to a virtual keyboard. And the second thing is with the increasing size of phone screens it seems there would be a matching increase in keyboard size for a physical keyboard on a slider phone. I have seen bluetooth keyboards that were as small as the bigger phone screens we have these days. I think with the increasing screen size, now is the time to have a return of the slider keyboard because it can be comfortably sized.

I think the difference with a virtual keyboard is you can limit the keys and can change the keys depending on what is being selected on the scree. With Physical you have to cater for every situation ahead of time.

That's actually something that drives me nuts about virtual keys. If I am trying to type something with a good mix of alpha and numbers it's such a pain to switch back and forth from alpha to numeric. And besides, on physical it doesn't have to cater to every situation; that is what the shift/ctrl keys are for. I think there are probably benefits to virtual as well as physical but for me the physical benefits are more to my liking.

The downfall of tablets and the rise of Chromebooks seems to be directly related to keyboards, so they seem to be of significant importance.
`

the keys will actually be very small and that doesn't suit a lot of people.

I don't see what alternative you are proposing. Phones are small therefore people... shouldn't ever type on them...?

Also, we had this discussion a few months ago: http://pipedot.org/3NZG