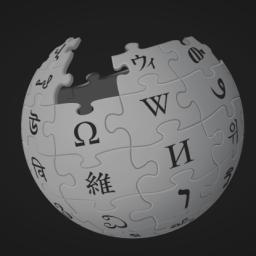 This morning, Wikipedia parent organization Wikimedia announced they have banned 381 user accounts that were engaging in â€œundisclosed paid advocacy.â€ In other words, they were posting promotional articles to the user-editable online encyclopedia, without revealing that they were paid to do so. The articles being posted were related to businesses, business people or artists, and they often included biased or skewed information alongside unattributed material and potential copyright violations. As a result of the investigation, editors on the site have also deleted 210 articles that were created by these accounts.

Back in October 2013 Wikipedia first sent a cease-and-desist letter to the firm Wiki-PR, which promoted its ability to help article subjects claim their â€œtop spot in Google search results.â€ Wikipedia said then that it banned 300 accounts associated with the firm (which argued it only had 45 people working for them.) That makes todayâ€™s 381 accounts ban actually larger than the Wiki-PR scandal. 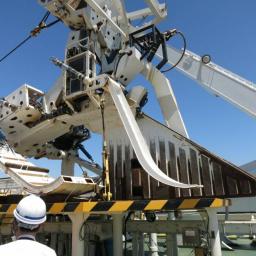 Read more about it at Technology Review, who is reporting on one of the important presentations revealed at the 2015 Blackhat Conference discussed here on |. earlier this month.
Adobe's Flash has earned a reputation for insecurity through a litany of vulnerabilities through the years since its inception in the late 1990s. But it hasn't made many friends among users, either, who are increasingly either turned off by bandwidth-sucking video advertisements, or are nervous that running Flash adverts leaves your machine open to all sorts of vulnerabilities.

Amazon.com is now coming around to that point of view as well. Since so many users either block or are fearful of flash adverts, the marketing juggernaut has decided to henceforth refuse to use them. Amazon is only one of many Internet sites, but it's a high profile one, and their refusal of Flash adverts may finally tip the market in a direction it should've headed long ago. Could this be the end of Adobe Flash?
On Thursday, the Federal Communications Commission is expected to require that phone companies warn residential customers three months before they abandon a landline/copper network. The rules would prohibit companies from retiring a copper network through neglect. Phone and cable companies would also have to warn customers with newer technologies that the phone will go out with the power, so people can get replacement alarms and backup batteries if necessary.

But a home phone that relies on the Internet will go out when the power does. With copper networks, the phone line delivers its own power source and will continue to work. In addition, many home burglar alarms and medical alert systems require the copper network, so people need time to get replacements. The agency would also require that phone and cable companies sell customers backup batteries with eight hours of power. After three years, batteries would have to last 24 hours.

This coincides with the $10.54 billion sale of all of Verizonâ€™s landline (copper & FIOS) service areas in California, Florida and Texas, to Frontier Communications. The deal which will affect millions of customers, is expected to be completed in 2016. The cash being used to fund investments in Verizon's far more profitable wireless/cellular services business. 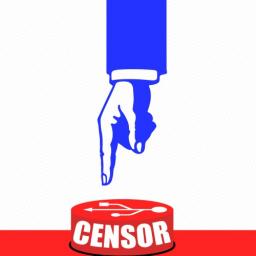 "We registered it with a U.S.-based registrar as an alias because we were afraid of censorship attempts from Ukrainian authorities at the time. The threat of censorship in Ukraine has dissipated after the political breakthrough of March 2014, but now, ironically, we are being censored by a U.S.-based company."
DuckDuckGo announced they hit a milestone, surpassing the 10 million daily query mark on June 22, 2015. DuckDuckGo saw 10,218,617 queries on June 22nd alone. The company gives credit to that surge in users based on them being a privacy focused search engine. Gabriel Weinberg wrote, â€œweâ€™re proud to be helping so many people take back their privacy.â€ DuckDuckGo has grown 600% since Edward Snowden's NSA surveillance news broke two years ago. And yet only a few percent of people have even heard of DuckDuckGo and other private alternatives.

Founded in 2008 by Gabriel Weinberg, DuckDuckGo is based in Paoli, Pennsylvania rather than Silicon Valley. The site, which does not track user data, now handles some 3bn searches a year - although that is only about the same volume that Google processes in 24 hours. Since last year, it has been a built-in search option in both Safari and Firefox. The site also promises to provide the information users want with fewer clicks through features such as instant answers, themes and !bangs. DuckDuckGo hopes these other features will help it continue to build on the audience gained from people looking for more private ways to search the web following the Snowden revelations.
The Federal Communications Commission approved a proposal to explore including broadband as part of a decades-old program that subsidizes phone service for low-income consumers. The plan would expand the government's Lifeline program â€” created 30 years ago to help financially struggling Americans access basic telecommunication services â€” to include broadband Internet access. The commission must now figure out the specifics of incorporating broadband into Lifeline, after which another vote will be held. As expected, Republicans opposed extending the phone subsidy, arguing that the program has been subjected to fraud and abuse.

Established in 1985, the Lifeline program offers low-income users a $9.25 monthly subsidy for basic telephone services. It was updated in 2008 to include wireless phones, and now Wheeler wants to reboot it again to "make sure it is still performing the critical function for which it was formed." His proposal would give eligible consumers the option to apply the subsidy to broadband Internet access.
HEVC (H.265) might be getting more attention, but Google's VP9 appears to match H.265 in quality and might play a bigger role in the transition from Flash to HTML5. VP9 is an open and royalty free video coding format being developed by Google to succeed H.264 and be competitive with HEVC, as part of its WebM project. HEVC has already made inroads into commercial hardware and software, following on the heels of the already widespread MPEG-4/AVC rollout. Intel, NVIDIA, ARM, Broadcom, LG, Philips, Samsung, and Realtek are among the many hardware vendors that have agreed to incorporate VP9 codec support. While VP9 may play only a minor role in broadcast markets, mobile, or OTT (although a handful of LG & Samsung 4K TVs already support it), it may never-the-less be an essential component for reaching the traditional desktop/notebook market.

VP9 delivers similar quality to H.264 at 50-60% of the data rate, and ultimately it may be the only UHD codec that plays on Firefox and Opera. Today, Firefox, Opera, and Chromeâ€”which together comprise about 60% of browser shareâ€”all play VP9, while no browsers play HEVC. Adobe has not announced support for HEVC decode in Flash Player, and itâ€™s very unlikely that Firefox, with 17% of overall browser market share, will ever license HEVC. YouTube currently offers several resolutions of VP9 video, with Opus audio in the WebM file format, with adaptive bit-rate streaming, including 720p and 1080p, and will be using VP9 for 4K resolution content. Given that itâ€™s now pretty much the default on system configurations that support it, Google says YouTube users watched 25 billion hours of VP9 video in the last year. 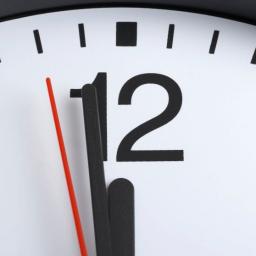 Britons may soon face identity checks to access adult material on the internet, according to discussions between Whitehall and the private sector. â€œNobody in the UK wants a centralised identity database,â€ so a new scheme proposed by the pornography industry would see adult sites verifying visitorsâ€™ identity through banks, credit reference agencies or even the NHS. It comes ahead of an expected new law demanding age checks for online pornography and threatening a block on any sites which donâ€™t comply. It is a key Conservative pledge and has widespread support. But critics say the plans are a privacy nightmare, and warn they will require Chinese-style â€œdraconianâ€ levels of internet censorship.

Britainâ€™s pornography industry has a lot to gain from the governmentâ€™s plans, critics point out. Tough regulation and stiff competition from abroad have taken their toll on the industry. If overseas sites were blocked it would be boom time for homegrown pornographers. But foreign web companies are beginning to pay attention, too. â€œQuite how these foreign websites are going to be brought to task, and how quickly they are going to bring it in, I donâ€™t know.â€