3D printing Technology is growing very fast upto the level of printing a building itself. A professor is working on technology named as Contour Crafting which can print an entire 2,500 sqft house in 20 hours.

Behrokh Khoshnevis is a professor of Industrial & Systems Engineering and is the Director of Manufacturing Engineering Graduate Program at the University of Southern California (USC). He is active in CAD/CAM, robotics and mechatronics related related research projects. He was able to make a printhead that can extrude wet cement in such a way that the cement is able to keep its form as each successive layer is printed.

Using the Contour Crafting (CC) developed by Behrokh Khoshnevis , a single house or a colony of houses, each with possibly a different design, may be automatically constructed in a single run, embedded in each house all the conduits for electrical, plumbing and air-conditioning.

The professor believes that his technology would make the construction of efficient buildings so cheap and efficient that we could print houses for Millions of poor people living in slums across the world. And, this kind of building process will avoid the killings and injuries related to construction accidents. 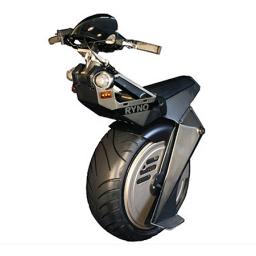 A basic hoverboard has been invented, but it only works on a specific surface, so we are still waiting for Marty McFly's hoverboard. So, these are our options for now and they can only get cheaper and better. In terms of personal transport options 2016 is looking good.
Combining biological components, such as cells and tissues, with soft robotics can enable the fabrication of biological machines with the ability to sense, process signals, and produce force. Engineers at the University of Illinois are working on developing a Bio-Robot which can be produced easily by using 3D printing technology. They developed similar bio-bots few years back, but that time they used heart cells. Now they find a way to use muscle cells to gain more control. The frequency of the electric field determines the speed of this bio-bot.

https://www.youtube.com/watch?v=F6SUbHn4yg4&list=PLK2ccNIJVPpC7ny_lpawhue_k3pfwqTQ2
Paul Eremenko, the head of Project Ara showed the prototype of Project Ara at Google I/O 2014.
Though the phone failed to fully load, Audience cheered on seeing the Android bootup screen.

Project Ara is the codename for an initiative by Google that aims to develop a free, open hardware platform for creating highly modular smartphones.
https://www.youtube.com/watch?v=0He3Jr-fZh0&list=PLK2ccNIJVPpBKf0ko0817k_fjKZzWwcQW
3-D printing is great, assuming you're printing one material for one purpose, and that youâ€™re fine with a few do-overs. But the technology is still far behind in reliably producing a variety of useful objects, with no assembly required, at a moderate cost.
https://www.youtube.com/watch?v=xxdnFjfMiik&list=PLK2ccNIJVPpB_XqWWq_oaZGIDzmKiSkYc 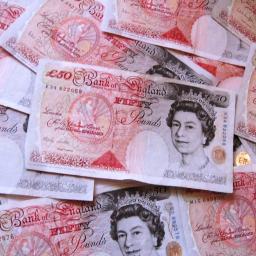 While many people now use a VPN which can help avoid metadata collection, everyone will have to pay an internet tax in the future to meet the costs of their government tracking their internet usage, even though collecting this data for VPN users is mostly pointless. â€œThe indiscriminate collection of mass data is going to have a massive costâ€, says Matthew Hare of ISP Gigaclear.
In a similar situation to the Lenovo backdoor "Superfish", Dell has now acknowledged that a security hole exists in some of its recently shipped laptops that could make it easy for hackers to intercept users' private data.

Two web-based tests are available, courtesy of Kenn White and Hanno BÃ¶ck to check if you are vulnerable.
The Chinese smartphone company Huawei has unveiled their new quick charging lithium-ion batteries at the 56th Battery Symposium in Japan. Using next generation technology, these new batteries have achieved a charging speed 10 times faster than that of normal batteries, reaching about 50% capacity in mere minutes.

http://www.csmonitor.com/Technology/2015/1116/Quick-charge-battery-could-charge-smartphone-10-times-faster
Li-Fi is a new method of delivering data. It uses the visible spectrum rather than radio waves. For the first time, this new technology has been tested in a working office. Li-Fi is a wireless technology that transmits high-speed data using visible light communication. The Li-Fi system uses standard light-emitting diodes (LEDs) to transmit electronic data signals, which will enable users to access the internet through the ordinary lighting systems in schools, workplaces and homes.

With scientists achieving speeds of 224 gigabits per second in the lab using Li-Fi earlier this year, the potential for this technology is huge. And now, scientists have taken Li-Fi out of the lab for the first time, trialling it in offices and industrial environments in Tallinn, Estonia, reporting that they can achieve data transmission at 1 GB per second - that's 100 times faster than current average Wi-Fi speeds.

The technology uses Visible Light Communication (VLC), a medium that uses visible light between 400 and 800 terahertz (THz). It works basically like an incredibly advanced form of Morse code - just like switching a torch on and off according to a certain pattern can relay a secret message, flicking an LED on and off at extreme speeds can be used to write and transmit things in binary code. The flickering of light is too fast for humans to notice.