In a shocking move the Australian government has transferred control of the MyGov portal to the DTO. This slap in the face to the mighty DHS comes after several months of serious problems with the online government portal after the Australian tax system, Centrelink, Medicare and other systems were changed to use MyGov as the central logon. Tens of thousands of Australians took to social media in 2015 to complain about the DHS portal after the ATO made using the portal mandatory for online tax returns. The problems were so bad that the ATO opened a backdoor allowing citizens to bypass the MyGov system. After spending millions to integrate two of the largest federal departments, Centrelink and Medicare, the step of removing MyGov from the hands of the DHS is an F on this year's report card.
The dreaded Apple Error 53 has returned in IOS 9. This error is thrown when Apple devices detect that a non-Apple technician repaired the phone. Users are complaining that they can not access their data. Apple claims that bricking the iPhone in this scenario is a security measure to protect users.

More updates from The Guardian.
A Fitbit device has detected a pregnancy before the expectant mother knew. The couple posted a question online that the device was reporting an unusual heart rate reading asking for a way to recalibrate the device or for a replacement. A standard test showed that the woman was two months pregnant.

Great. Can they detect lying too? Can Fitbit results be subpoenaed and used against their owner? How long until we all have devices like these and only weird people don't know their current heart rate and daily calorie burn rate?
Admit it, we have all thought about it. Off the grid. Disconnected. Bushed out. Gone. Ever wondered what happens when an entire town of people disconnects on purpose? Ever wanted to join such a community? Now you can as seen here on Unplanned America. The question though is: Would you? 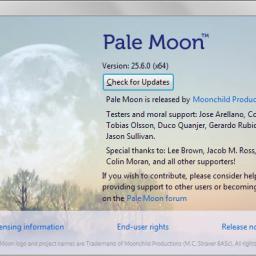 As of Palemoon 25.6 a new option is available to poison canvas data. This option is not enabled by default due to the performance cost. Users can enabled it in about:config by setting canvas.poisondata to true. This browserleaks page has a technical writeup on how canvas data can be used to generate a fingerprint for a browser using a live example of browser fingerprinting code. 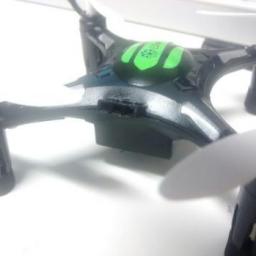 Since now youâ€™re going to either register your drone or have to be flying your indoors anyway in the USA, you might as well celebrate the one freedom you still have the freedom to re-flash the firmware with open source! The Eachine H8 is a typical-looking mini-quadcopter of the kind that sell for under $20. Inside, the whole show is powered by an ARM Cortex-M3 processor, with the programming pins easily visible. Who could resist? Garagedrone takes you through a step-by-step guide to re-flashing the device with a custom firmware to enable acrobatic mode, or simply to tweak the throttle-to-gyro mapping for the quad. The firmware author silverxxx from RCGroups.com even got the code up on GitHub if youâ€™re interested in taking a peek. Next step, Skynet!
In defiance of the rage of the security community who see the advances of spyware and intrusiveness endangering our precious private lives and anonymity Samsung have mated a mobile phone and a fridge to produce a device dedicated to supplying food and spying on you. Samsung showed models of this impressive privacy intruding device at the recent CES demonstrating how the 'Tizen' software could add a whole new dimension to invading our privacy in our own homes. Mike Lilly from Samsung Electronics Australia was quoted as saying this was "meaningful innovation" adding "Weâ€™ve seen internet fridges out there in the past but this is actually useful", meaning that it is useful for recording information about eating and spending habits to a degree higher than currently available even compared to mobile phone apps. Samsung plan launch the fridge in July quoting "itâ€™s important to get it into a lot of homes". Scary. 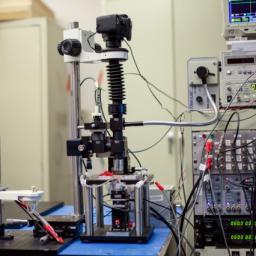 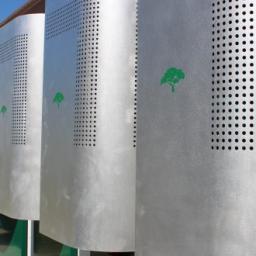 http://inewsource.org/2015/11/30/san-diego-sdge-schools-batter-power/
Scientists have turned individual cells into miniature lasers by injecting them with droplets of oil or fat mixed with a fluorescent dye that can be activated by short pulses of light. This finding could help to broaden how light is used for both medical diagnosis and treatment. The system was devised by Harvard Medical School scientiest, and it uses droplets of fat or oil within a cell to reflect and amplify light, generating a laser. Conventional luminescent probes, which include fluorescent dyes and proteins, have relatively broad emission spectra. This limits the number of probes that can be used simultaneously, because it is often difficult to distinguish these sources of luminescence from the broad background emissions of naturally occurring molecules in tissue.