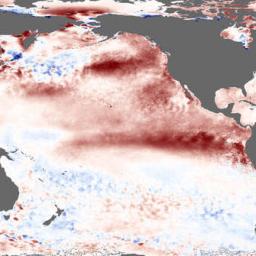 Give it a name and people will watch (Score: 1)

It's the weather, folks. We still suck at predicting it long term.

For those with short memories, this is basically the same story as last year.

Hmmm. Something seems wrong with the wysiwyg editor...

Re: Give it a name and people will watch (Score: 1)

The problem isn't with the wysiwyg editor. It's pipedot bug #51:

You can also see this thread:

First they complain of drought, now they complain because they'll get too much rain... hey, envirowhacks on the left coast, are you glad you didn't tear down all your flood-control dams yet??

I lived in SoCal during a "bad" El Nino year, back a couple decades. And what became obvious to me is that it's not the heavy rain that's the problem, it's the slapdash planning, and too many "view lots" on the edge of cliffs made of porous material (like sand and clay). Plus a complete lack of understanding of how to channel excess water to minimize destruction (here's a hint: you want to slow it down and spread it out, not make it rush faster so it undercuts even more. Guess which I saw done over and over in SoCal.)

Actually, they say all the El Nino rain will barely help. El Nino mostly brings rain to Southern California, which only has about 1/3rd the surface-water infrastructure as Northern California. Hence the aqueducts that span the state. What California really needs is lots of snowpack in the Sierra Nevada mountains. If El Nino makes this a warmer winter, resulting in less snowpack, California will be worse-off, not better.

If you'll forgive me, I just have to take a moment to point out how absolutely HORRIBLE the image for this article is... I can't remember seeing anything worse. It looks like a negative photo of a mushroom cloud. Or perhaps somebody broke a bottle of jam on the floor a car wash? It's just plain AWFUL.

Am I wrong? Is somebody here able to glean some useful information from that image?

Anybody else got a better description of our acid-fueled cloud-watching photograph?

It's an infrared image of a colon polyp ... I think. Of course, give them credit for choosing something non-dramatic instead of the alternative, some scare picture of houses under water or something.