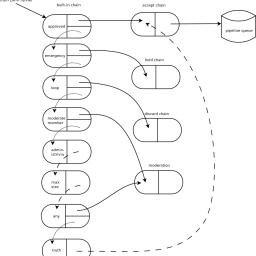 (Finally) after years of development, Mailman has reached its third release.

It's a big change, thoroughly explained in this (not so) old article by Barry Warsaw, the lead developer behind Mailman 3.0. In short, Mailman has been organized as a suite of 5 subprojects, each in charge of a different aspect:Among the new shiny things:

Note that it is not recommended to update your lists from 2.x to 3.0 zero yet as it may not go smoothly. The update feature is planned for 3.1 but if you've got some test machine, feel free to play around with the update and report bugs.

[submitter's note]: some details in the announcements seemed a bit weird to me, notable, I quote, "The core requires Python 3.4 while Postorius and HyperKitty require Python 2.7.". Why use two different (and maybe incompatible) versions of python ? Another one is about the API numbering scheme. Well, we'll see how it goes ...

[submitter's note]: some details in the announcements seemed a bit weird to me, notable, I quote, "The core requires Python 3.4 while Postorius and HyperKitty require Python 2.7.". Why use two different (and maybe incompatible) versions of python ?

That's not a 'maybe': Python 2.x and 3.x are incompatible, since Python 3 made some backwards incompatible changes to clean up the language. While it is easy enough to run each process in a different Python version, it would simplify things if they just updated all subprojects to Python 3.x. There is a conversion tool for it (2to3) that works pretty well in my experience.

I do know that there are incompatibilities between the two versions. But there are also old 2.x codes that will run just fine on 3.x, so what I meant is that maybe these Mailman tools could run just fine on 3.x ... or maybe not. I agree that going all-3.x would simplify this for us. Apologies for not being clear in my phrasing :-)

Mailman was getting a bit long in the tooth and some of these improvements look compelling, like the web front-ends that give easy access to archives and such. There's a lot to be said for mailing lists as communication vehicles. They have all the benefits of Usenet with more finegrained controls and the ability of each user to choose the mail reader s/he likes best, etc. There's also a decent sense of community on mailing lists - all a good thing. Glad to see Mailman is keeping it fresh. I'll be interested in checking this out.

What ever happened to mayordomo, by the way? Remember when people talked about being on LISTSERVs? That word has gone the way of Telnet and FTP - gone to all but the crustiest of greybeards and server admins.

Re: This looks awesome (Score: 2, Informative)

LWN had a brief review of Mailman/HyperKitty a few weeks ago here: #5XX6

LOVE the name "hyperkitty." It works on so many levels. I look forward to reading hyperkitty archives using "mutt." Just because life is awesome.